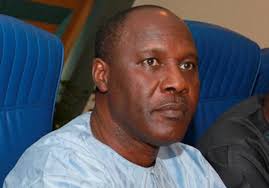 Former Minister of the Niger Delta Affairs, Elder Godsday Peter Orubebe‎ has been ordered by the Code of Conduct Tribunal in Abuja to forfeit his landed property in the capital city to the Federal Government for his failure to declare the property as required by law while leaving office.

The former minister was found guilty of contravening the provisions of the Code of Conduct Bureau Act with his failure to declare the assets in the asset form he submitted to the Bureau while leaving office in 2015.

The property to be forfeited to the federal government is located in the eye-brow Asokoro area of Abuja.

Delivering judgment in the charges brought against him by the federal government, the chairman of the tribunal, Mr. Danladi Yakubu Umar held that having analyzed the submissions of parties, it was observed that six years after the transfer had been made, the documents of the land were not registered in Lands registry‎.

He further held that the prosecution had established the case of failure to declare assets against the ex minister beyond reasonable doubt.

The tribunal chairman said that Orubebe as the defendant in the charge against him, was under obligation to register the land in the land registry in Abuja.

According to him, “Failure to register the document at the land registry renders the transfer null. In the circumstance, the defendant is still the owner of the said plot 2057, Asokoro District, and not Barrister Akinwumi Ajibola who testified as the Defense Witness 1 and the owner.

“Based on the provision of Section 23 of the Code of Conduct Bureau and Tribunal Act, plot 2057, Asokoro District belonging to the defendant (Orubebe) is hereby confiscated and forfeited to the Federal Government”.

Reacting to the judgment, counsel to Orubebe Mr. Selekewe Larry described as a travesty of justice.

He however vowed that the judgment will be challenged at the Court of Appeal.

“It showed in the judgment, that the tribunal had made up its mind to convict the defendant by all means. How can somebody sell a property and you will now punish him for what the buyer of the property left undone”.

“And mind you, the buyer of the said property was not a party in the suit. We shall appeal the judgment”.

The Federal Government had dragged Orubebe before the tribunal on a one count charge of non declaration of a landed property situate at Plot 2057, Asokoro district while he was leaving office in 2011.

At the argument stage, Orubebe through his counsel, Mr. Selekewe Larry SAN had told the tribunal that the land no longer belonged to the defendant as he had transferred the interest to one Barrister Akinwumi Ajibola in lieu of his (Orubebe) two years house rent in Mabushi where he stayed as a minister.

Orubebe had further told the tribunal that all the documents as it concerns the land had been transferred to Ajibola, including the Power of Attorney and Deed of Assignment since June 2013.

The Federal Government had however insisted that the said land still belong to Orubebe as same is yet to be registered at the land registry.

The prosecution had argued that the allocation paper still bears Orubebe’s name.

At the time of this report, Orubebe who felt aggrieved with the tribunal decision was making frantic efforts to file an appeal at the Court of Appeal, Abuja Division.