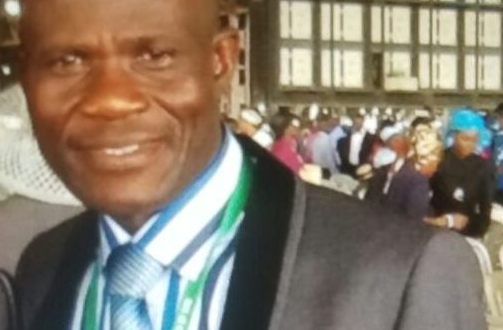 A top pastor of the Redeemed Christian Church of God, RCCG, Pastor Jamiu Ishola Kolawole has been convicted and jailed for stealing the sum of N9m from his tenant, Dr. Emeka Ugwunze in Lagos.

It was reported that the 60-year old Kolawole was sentenced to 18 months imprisonment without an option fine on Tuesday by the Presiding Magistrate, Mrs. O.A. Adedayo of the Ogba Magistrates court, Lagos.

Pastor Kolawole was the Resident pastor of the RCCG, Ikosi Paris, Ketu District, Lagos before he committed the fraud.

P.M.Express reports that his journey to prison started after he approached the victim, Dr. Ugwunze and defrauded him of the said amount of money under false pretence.

The fraud took place at his two-storey building located at 2 Gbagada Road, Gbagada, Lagos where the victim was his tenant.

The parties negotiated for the house for N20m and the victim paid him N9m to effect the balance at an agreed period. He convinced the victim that he wanted to sell the house to him because the victim had assisted him in the past. And to prove to Dr. Ugwunze how serious and committed he was to the said transaction, Kolawole handed him all the house documents remaining only for him to prepare the deed of agreement upon receipt of the full payment.

However, Kolawole disappeared after he obtained the initial money and refused to sign the deed of transfer for the transaction.

Pastor Kolawole had pleaded not guilty, was granted bail but was remanded in prison before he perfected his bail condition and the trial commenced two years ago.

During the trial, the facts of the matter were presented by the victim before the court beyond reasonable doubts that Kolawole committed the offence.

The court found him guilty as charged and sentenced him to 18 months imprisonment.

Meanwhile, P.M.EXPRESS confirmed that Kolawole was still facing another criminal charge before another court in Lagos for forgery. He was said to have forged the medical report of the Gbagada General Hospital to misleed the court that he was sick.

When the police investigated the medical report, it was discovered that he forged it and there was no such medical report from the hospital management. He was subsequently charged to court where he was still facing trial before he was convicted and jailed.Police source told our correspondent that his jail term will not stop the trial for forgery as he was expected to be coming from prison to face trial.

Previous Diamond Estate Murder: “I’v Never Known Anyone To Love Me The Way He Loves Me – Victim’s Daughter
Next I Sell Children As Part Time Business – Prostitute