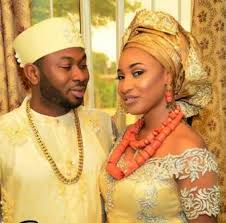 Nollywood actress, Tonto Dikeh, has said she would sue any media platform or social blog that publishes an “edited video clip” set to be released by her ex-husband, Olakunle Churchill.

The actress through her lawyer, Festus Keyamo said the “edited video clip” showed Tonto’s reaction to the physical abuse suffered from Churchill and not Churchill’s role in the drama.

The statement from her lawyers threatened to sue any media house that publishes the edited version as against the full version of the video that captured the whole fight.

Dikeh said the video only portrayed her as being violent and not a victim of domestic violence as she had earlier claimed.

The statement entitled ‘Imminent release of an edited video on Tonto Dikeh by ex-husband’ was signed for Festus Keyamo Chambers by Okechukwu Uju-Azorji and John Ainetor.

It read, “We act as solicitors to Miss Tonto Dikeh, a prominent Nollywood actress.

“It has come to our knowledge that her ex-husband, Mr. Olakunle Churchill has perfected plans to release a short and edited video depicting and portraying our client as being involved in some domestic violence against him.

“Our client wants all bloggers and/or journalists to request for the full version of the video showing the said domestic scene which started with a physical abuse of our client by her ex-husband, which earned her a swollen face.

“Her ex-husband only intends to release our client’s reaction to the assault on her and not the assault itself.

“We shall be prepared to take legal action against any blogger/journalist that uses the edited version without insisting on or showing the full version.”