Algerian judoka Fethi Nourine has withdrawn from the 2020 Olympic Games

Algerian judoka Fethi Nourine also withdrew from the 2019 world championships in Tokyo to avoid facing an Israeli competitor, with his coach saying at the time “we were unlucky with the draw”.

An Algerian judo competitor has withdrawn from the Tokyo Olympics after learning he could have faced an Israeli opponent.

Fethi Nourine said his political support for the Palestinian cause made it impossible to compete against Tohar Butbul.

He told Algerian TV he would not “get his hands dirty” and his “decision was final”.

“We worked a lot to reach the Olympics, and the news came as a shock, a thunder”, he added. 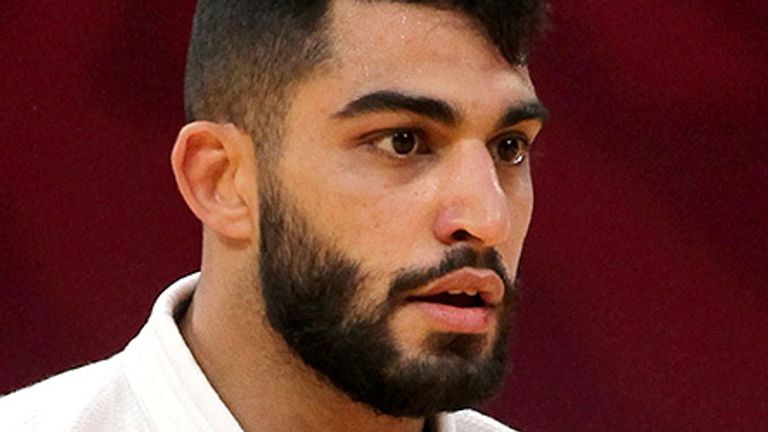 The 30-year-old was drawn against Sudan’s Mohamed Asdalrasool on Monday for his first match in the men’s 73kg class. If he had won that match, he would have faced Butbul, who has a first-round bye, in the next round.

Nourine also withdrew from the world championships in 2019 for the same reason.
At the time, his coach Amar Ben Yaklif was quoted in Algerian media saying: “We were unlucky with the draw. We got an Israeli opponent and that’s why we had to retire. We made the right decision.”

Tensions between Israel and Palestinians flared in Jerusalem earlier this year causing the worst violence in the region since 2014.

The conflict between the two sides has been going on for decades and has seen athletes from Iran and Egypt also previously refuse to compete against Israeli opponents.

The opening ceremony for this year’s Olympic games took place on Friday, with fans not allowed in the national stadium for the event due to COVID-19 concerns.

Instead, around 1,000 dignitaries and members of the media were allowed the witness the spectacular event.