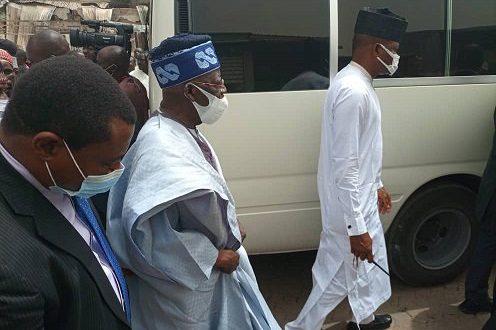 National leader of the All Progressive Congress (APC), Asiwaju Bola Ahmed Tinubu, Wednesday donated the sum of N50m to victims of the fire disaster which engulfed Katsina Central Market on Monday.

According to The Nation, Tinubu paid sympathy visits to traders and other victims of the market in the company of the State Governor, Aminu Bello Masari.

While commiserating with them, the former Lagos governor advised that market activities should resume despite the level of damages and destructions recorded as the life he believes must continue.

He told reporters on the sidelines, that the purpose of his visit is to sympathise and commiserate with the victims, the governor and good people of the state particularly the market men and women devastated by the fire.

He emphasised the need to promote unity and collaboration among Nigerians, saying “that Nigerians must be their brother’s keepers.”