Home / Sports / Tiger Woods to return to action alongside his son, Charlie, at the PNC Championship this month 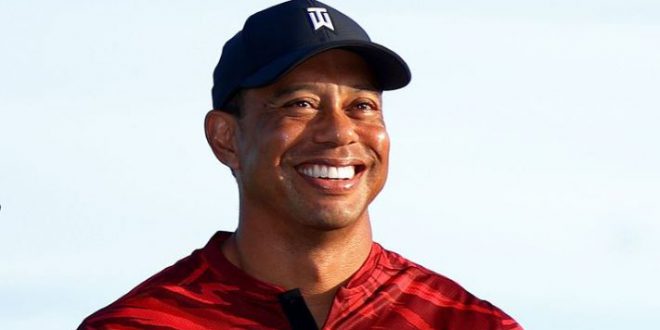 Tiger Woods will return to headline the PNC Championship this month

Tiger Woods to return to action alongside his son, Charlie, at the PNC Championship this month

PNC Championship from December 18-19 will be Woods’ first appearance since sustaining serious leg and ankle injuries in February’s car crash; 15-time major champion features in the 36-hole event for the second successive year

Tiger Woods has confirmed that he will return to action later this month when he partners his son, Charlie, at the PNC Championship.

Woods’ appearance in the 36-hole scramble event, where major winners compete alongside a family member, will mark his first start since he sustained extensive injuries to his leg and ankle during a high-profile car accident in February.

The former world No 1 admitted that amputation of the leg ‘was on the table’ during his three weeks in hospital after the crash, with Woods spending the majority of 2021 rehabilitating at home before gradually beginning to work on his game in recent months.

beginning to work on his game in recent months.

“Although it’s been a long and challenging year, I am very excited to close it out by competing in the @PNCchampionship with my son Charlie,” Woods said.

“I’m playing as a Dad and couldn’t be more excited and proud.”

Woods fuelled speculation of a comeback last month when he released a video on social media of him hitting a wedge shot, with the 45-year-old then seen using driver and fairway woods on the range during his role as tournament host at last week’s Hero World Challenge.

The 15-time major champion revealed during the event he had accepted he will “never” play full-time golf again and remains “a long way away” from being able to return to the PGA Tour, although is relishing the opportunity to tee it up the 20-team tournament from December 18-19.

Woods, whose last PGA Tour appearance came at The Masters in November 2019, has not featured in any event since he and his son, Charlie, finished seventh in their debut together during last year’s PNC Championship. Justin Thomas won the 2020 edition alongside his father, Mike, with Team Thomas returning to defend their title in Orlando.