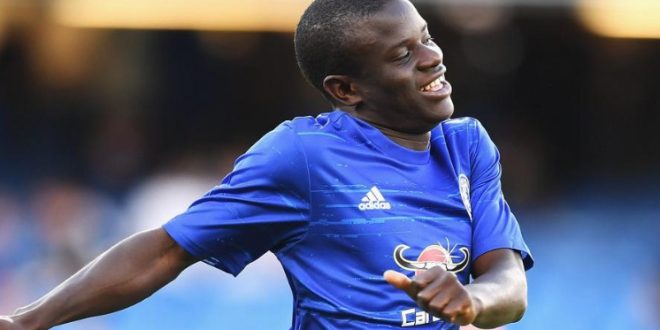 The Red Devils have made it clear they would like to pursue a deal for the Frenchman in the upcoming transfer window as his contract runs out next summer. Chelsea risk letting him leave as a free agent in 12 months’ time unless he signs a new deal.

But Tuchel will need to be persuaded if he is to part ways with the midfielder, especially to a Premier League rival, according to The Athletic. The German still sees Kante as influential as other world-class players such as Kylian Mbappe, Kevin De Bruyne and Mohamed Salah.

Kante was riddled with injuries last season, something Tuchel has voiced his frustration with as he feels if Chelsea had a fully fit player at their disposal, they could have finished closer to Liverpool and eventual champions Manchester City.

“Because he is our Mo Salah, he is our [Virgil] van Dijk, he is our [Kevin] De Bruyne. He is our Neymar, he is our Kylian Mbappe; he is the guy who makes the difference. And if you only have him 40 per cent it’s a huge problem.”

“It’s hard to live with because it’s important for him to be there and to have the rhythm,” said Tuchel, speaking earlier this month. “He constantly starts getting a rhythm and once he has rhythm he gets a little injury and he’s out again.

“This guy who gets man of the match in every Champions League game is only here for 40-something per cent of games, this is huge for us. We’ll do everything to solve it. I don’t blame him but it’s a concern.”

Former West Ham and Aston Villa striker Frank McAvennie thinks Kante would be ‘one hell of an upgrade’ on Scott McTominay despite the Scot emerging into one of United’s most important players.

“Kante? Oh my god, he would be the best midfielder there,” McAvennie told Football Insider. “He walks into that team. There are no two ways about that. It would be a big-money move even though he only has a year left at Chelsea.

“That then frees up someone like McTominay to leave the club. I’ll say it again, I like Scott but he is not good enough for Man United. So you swap Scott for Kante, that’s one hell of an upgrade to me. It’s whether Chelsea will let him go.”