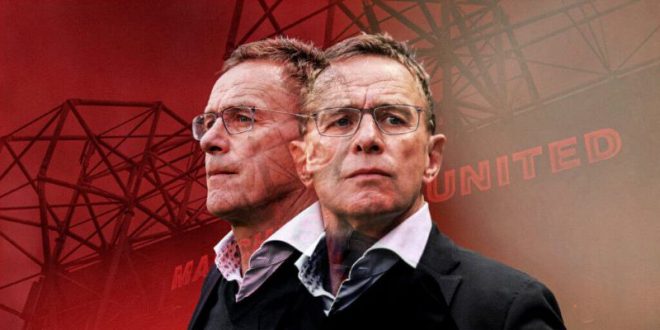 The rise of Ralf Rangnick, godfather of German coaching, manager of Manchester United

This week wasn’t the first time Ralf Rangnick had been interviewed for a job at Manchester United.

Or that’s how it felt to him, at least.

In the autumn of 2019, United’s technical director John Murtough travelled to Leipzig to study the Red Bull football group’s facilities and corporate strategy. A proud Rangnick, eager to show off a Champions League club he had essentially built himself, hosted Murtough for eight hours, at the end of which the German sensed that the real reason for the visit might have been him. His suspicion that he had been sounded out was strengthened when he got word that an unnamed club was conducting background research into his working methods, tapping into his mentor Helmut Gross, a trained structural engineer turned tactical maverick, and Lars Kornetka, a long-time Rangnick collaborator, for insight into his footballing beliefs and his character.

Both offered glowing reviews, painting Rangnick as a hyper-energetic football perfectionist obsessed by the smallest detail. In the end, though, the anticipated call from Old Trafford didn’t come. Rangnick never learned if United had commissioned the dossier.

This time, there was no doubt about United’s intentions. Rangnick is about to take over as interim manager following the departure of Ole Gunnar Solskjaer. Cristiano Ronaldo and co are about to get some very hands-on coaching.

Rangnick found his calling early. Very early. “You’re kind of born to be a coach,” he told Red Bulletin in October.