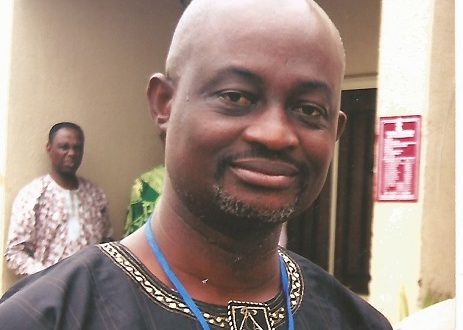 “Morning,” it said. “Looks like Wale Aboderin is dead.” Was this a joke? If it was a joke, then, it had to be a sick joke. Instantly, I called Sanya’s line.

My former fellow line-editor at Sunday Punch told me in the most depressed and depressing of voices that a fellow journalist, Aliyu Mohammed, had that morning dropped this explosive, but nothing was confirmed. We promised to sniff around and cross notes later.

Life! Barely 24 hours earlier, Wale and his sisters had been the subject of our discussion as Sanya drove me in his car from the Federal High Court in Ikoyi area of Lagos Island to the Mainland. Sanya and I had sued Wale and his sisters for damages in a case of copyright infringement and breach of contract. As Plaintiffs, we were making demands in specific and general damages. It would be freaky to lose the man in such a context.

By midday, The Punch website extinguished all doubts. The man was truly dead; Punch lost its Chairman. That made him the third family member (after his father, James Olu Aboderin, 49, and his uncle, Moyo Aboderin, 70) to die in office.

Just the previous day, May 30, 2018, no comets were seen when the Federal High Court in Ikoyi, Lagos, mentioned the case against the children and estate of the Late Mrs. Florence Jadesola Aboderin, who had been not only the widow of the founder of The Punchnewspaper chain, but Nigeria’s first female mortgage banker as well as a leading light in the nation’s financial sector until her death in March 1993. Basically quiet and under the radar, the case got its first hearing this day. The learned Justice, who on the same day sat over high-profile business and EFCC cases, merely adjourned the Aboderin suit to September 27.

But unknown to His Lordship and everyone in court that day, Jadesola’s eldest son and lead Defendant in the case, Mr. Wale Aboderin, 60, had succumbed to death two hours earlier –victim of a heart surgery gone awry.

Plaintiffs had brought copyright and breach of contract charges against the children and estate of the Late Mrs. Jadesola Aboderin. In summary, the journalists had been contracted to write the Late Mrs. Jadesola Aboderin’s biography, which they duly researched and wrote through a time-span of no less than 12 years. But without fulfilling financial obligations to the writers, the Jadesola children, with Wale apparently as arrowhead, had hijacked the manuscript, published the book and launched the biography. Assuring them that they would get full payment, Wale had requested the Biographers to email the softcopy of the manuscript to him for vetting. They quickly complied. That was around March 2015. Thenceforth, he became incommunicado. Neither would he pick calls nor respond to SMSs and emails from the Biographers. Suddenly, in September 2016, the family published and launched the biography. The Journalist-Biographers, uninvited and unacknowledged at the book’s presentation, had been tucked away in small print as RESEARCHERS in the obscure copyright page. It was the ultimate insult to two weathered journalists who had other books to their names.

Nothing had prepared the Biographers for this slight. Sanya, especially, shivered under the freezing iceberg of duplicity, unable to relate this Wale to the man with whom he previously enjoyed a chummy and confidential relationship. The Punch Chairman had graced Sanya’s 50th birthday celebration. Sanya fondly recalls in one Facebook posting: “Bros Wale Aboderin was a damn delight to be with; someone without air of self-importance. In his elements, he would reply my ‘Good day sir’ with ‘How are you sir?’ And we would be exchanging ‘Sir’ waiting for whose ‘Sir’ would be the last salutation, because Wale didn’t want people to say Sir to him.”

But as Shakespeare said in Macbeth: “There’s no art to find the mind’s construction in the face. He was a gentleman on whom I built an absolute trust.” Shakespeare’s 16th Century crystal-ball precisely captured our disillusionment. It was simply impossible toextrapolate past camaraderie with the family to the present disappointment.

The interview sessions with all the children had gone convivially, as Wale and his sisters, Mrs. Angela Emuwa, Mrs. Shalewa Aderemi and Mrs. Wumi Obe, bared their hearts, recollecting intimate and graphic details about Mama’s charmed life. They had drawn up a list of other acquaintances, eminent personalities like Alhaji Lateef Jakande and commoners like Madam’s driver. All these got interviewed. Photographs were collated and selected. Everything went smoothly –until the devil reared his ugly head.

Intellectual property claims can be a double-edged sword; and many a creative mind, when wronged this way, simply succumbs to licking his wound in impotent rage. But deciding to take our chances, Onayoade and I approached this reputable law chambers headed by a Professor of Law, to file a suit against “the children and estate of Mrs. Florence Jadesola Aboderin” in January last year. But the wheel of justice grinds slowly. Inexplicable foot-dragging between the chambers and the courts made the processing stretch past 15 months into May 30, 2018 when the case first got mentioned in court finally.

For me, the irony was: Of all days to die, Mr. Gbadebowale Wayne Aboderin went on the exact day that the case involving him got first mention in court, May 30, 2018. His illness disenabled him from the summons of a high court here, but the creature must answer the unquestionable summons of his Creator.

We may have suffered the brunt of his business side, but the Wale we met in the course of the biography project came across as a warm gentleman. He had not come into the office of Punch Chairman then occupied by his uncle, Chief Ajibola Ogunshola, but Wale showed he was fully prepared to take charge, even as he waited on the wings. That Wale was amiable as he intimately reminisced on his pedigree, his upbringing, his rebelliousness, his passion for basketball, his training as a pilot, his fears, his and his mother’s relating with M.K.O. Abiola, with Jakande and with Ogunshola. That Wale knew how to chuckle conspiringly and laugh heartily. That Wale was lively and compassionate. That is the Wale we prefer to remember.