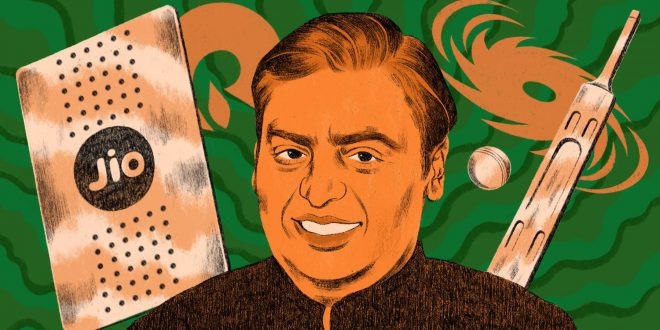 High above the shimmering waters of Lake Lucerne in the Swiss Alps, one of the world’s wealthiest families convened in early September.

Mukesh Ambani, India’s richest and most powerful private citizen, retreated with his wife, three grown children and their partners to the Bürgenstock resort at a key moment for their sprawling business empire, Reliance Industries Ltd.

The coronavirus pandemic had gutted the global economy and Mumbai—where the family lives in a 27-story skyscraper named Antilia—was in the midst of a surge in infections. But in the preceding weeks Ambani, 63, had struck deals with some of the world’s leading tech giants to sell stakes in Reliance’s digital unit. The next blizzard of fundraising announcements in his retail arm was just days away.

The tycoon was transforming his refinery-led conglomerate into a technology titan, but investors had begun asking a key question—who’ll take over?

For months, media in India had speculated about a possible new structure that Ambani was working on, whereby his immediate family—including twins Isha and Akash, and their younger brother Anant—would be granted equal representation to enable succession planning. The children, all educated at top-tier universities in the U.S., have been taking on increasing responsibility within the family business.

In recent years, as their fortune and influence has grown, the Ambanis have assumed an outsized role in Asia’s economic and cultural life. Their wealth is often on display, whether it’s weddings or parties featuring Beyonce and Coldplay’s Chris Martin, or European trips such as their Bürgenstock stay, where the family took over the Royal and Presidential suites on the sixth and seventh floors, according to a person familiar with their itinerary. 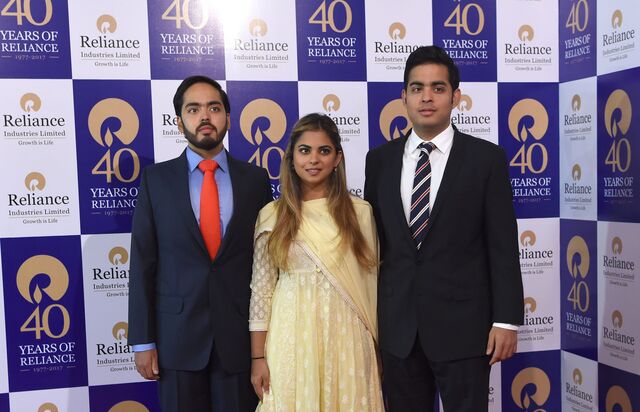 What’s at stake, though, is nothing less than the future of a company with almost $90 billion in annual revenue and some 195,000 employees.

Such is Reliance’s dominance, the family is now more than twice as wealthy as Asia’s second richest, the Kwoks of Hong Kong. The Ambanis have triple the fortune of South Korea’s Lee family and almost five times the net worth of Japan’s Torii and Saji clan, according to a Bloomberg Billionaires Index ranking of the 20 richest dynasties in the region. (see methodology).

A Reliance spokesman declined to comment on whether a succession plan is in place.

The succession issue is central for most of the families on Bloomberg’s 2020 ranking, but it has added importance for the Ambanis.

The clan was in turmoil for years after the patriarch, Dhirubhai Ambani, died of a stroke in 2002 without leaving a will. A feud broke out between Mukesh and his younger brother, Anil. The siblings’ mother intervened and brokered a split in 2005 that left the oil-refining and petrochemicals businesses to Mukesh and the newer ventures in finance, infrastructure, power and telecom to Anil.

What followed for Anil, 61, were years of debt-fueled expansion and then decline. His woes came to the fore in March last year, when Mukesh stepped in to settle an overdue payment and save him from a stint in jail. In February, Anil said in a court filing in London that his net worth is “zero,” down from Bloomberg estimates of at least $31 billion in 2008.

Despite Anil’s decline and the impact of Covid-19, the Ambanis’ wealth has jumped more than $25 billion since Bloomberg’s July 2019 ranking to $76 billion. Collectively, the 20 families on Bloomberg’s list gained about $10 billion to $463 billion.

Of those, more than half of the clans saw their fortunes sink as real estate and finance-dominated industries suffered the fallout from the pandemic. Thailand’s Chearavanonts lost more than $6 billion, while Hong Kong’s Kwoks, down $5 billion, also had to contend with a new national-security law that puts into question the future of the city as a financial hub.

Like the Ambanis, other Asian families know they have to diversify and are pivoting to tech.

“Families with significant businesses and market share have two choices,” said Neil Waters, a consultant at executive-search firm Egon Zehnder. “They can defend their share and deal with disruption as is happens, or they can attack.”

The ultra-rich, though, face another emerging threat.

The widening wealth gap amid Covid-19 has led to growing resentment. In Thailand, students have led protests to decry the country’s still-rigid social and economic hierarchy and high disparity. In Hong Kong, the most unaffordable housing market in the world, rents remain exorbitantly high, even as unemployment has surged to a 15-year high, threatening to add another source of discontent after the national-security law tightened Beijing’s grip on the former British colony. In India, where 78% of the population cannot afford a healthy diet, the lockdowns and lack of jobs led to people starving to death.

“Even before the spread of the virus, inequalities were rising, societal divisions were widening and a lack of opportunities was causing frustration and unrest,” United Nations Secretary-General Antonio Guterres said Nov. 16 at the Bloomberg New Economy Forum. “A strong commitment to reduce inequality, to improve opportunities for all, is in my opinion a fundamental aspect of the way we recover from the pandemic.”