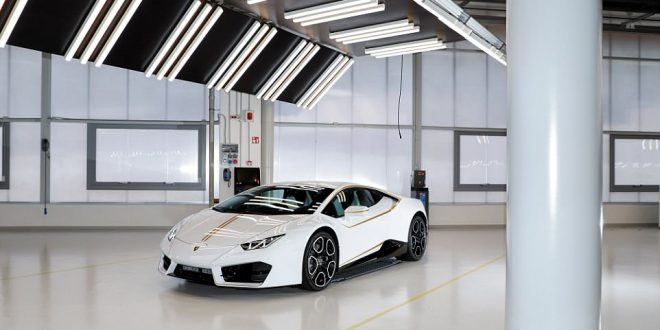 A Texas man was sentenced to nine years in prison after fraudulently obtaining $1.6m in Covid-19 relief loans and spending it on a Lamborghini sports car and other luxury items.

In March 2020, then president Donald Trump signed a $2tn emergency relief and spending bill to alleviate economic stresses faced by individuals, businesses and healthcare facilities. The DoJ has since prosecuted more than 150 defendants in more than 95 cases for attempts to defraud the Paycheck Protection Program (PPP).

In Texas, Lee Price III, 30, pleaded guilty in September to charges of wire fraud and money laundering, according to the US Department of Justice.

Price submitted multiple fraudulent PPP loan applications with banks across the US and on behalf of three entities. The DoJ did not specify how Price was connected to the companies.

Price also submitted fraudulent tax records and applied for a loan using the name of an individual who died shortly before the application was submitted, the DoJ said in a statement.

He also used government money to buy a Ford F-350 truck and pay off a loan on a property. The DoJ and law enforcement partners seized more than $700,000 of the funds Price obtained.

According to officials, more than $75m has been seized back from fraudulent PPP claims. Some cases have made national headlines.

In March, another Texas man pleaded guilty to orchestrating a fraudulent scheme to obtain approximately $24.9m in PPP loans by submitting 15 fraudulent applications. Dinesh Sah, 55, obtained more than $17m and splashed out on luxury cars and homes.

In May, a Massachusetts pizza parlor owner fraudulently obtained more than $660,000 and used the loan to buy an alpaca farm.

Dana McIntyre, 57, also bought at least two vehicles – including a 1950 Hudson – and weekly airtime for a cryptocurrency-themed radio show that he hosted. His case is ongoing. If convicted, he faces up to 40 years in prison.

In Price’s case, his lawyer, Tom Berg, told the Washington Post: “Mr Price hopes that others will learn from his reckoning that there is no easy money.

“He has the balance of the 110-month sentence to reflect, repent and rebuild his misspent life.”