TWO POLICE officers have been shot dead in Liege, Belgium, with the attacker also killing a passer-by and taking a woman hostage before being “neutralised”

The gunman opened fire on a police patrol in the centre of Liege, Belgium, killing two officers and injuring two others.

He is believed to have then taken a woman hostage as more police rushed to the scene.

Officials have not confirmed a motive for the deadly attack but he was allegedly shouting “Alluha Akbar”,   Belgium’s anti-terrorist crisis centre was monitoring the situation, Interior Minister Jan Jambon said on Twitter.

Witnesses said the gunman was armed with two weapons and shouted “Allahu Akbar” as he carried out the attack, VTM reported.

One witness told Belgium’s RTL news website: “I am Avenue Rogier in Liege, the whole neighbourhood is blocked, as well as the boulevard Piercot.

“There are police everywhere and running people.”

Another said: “There was a gunshot in Liege, armed police everywhere on the Boulevard d’Avroy.”

In 2011 Liege was hit by a horrifying murder-suicide attack which left seven dead.

Nordine Amrani killed his wife before throwing grenades and firing a rifle at passers-by in the city’s main square. 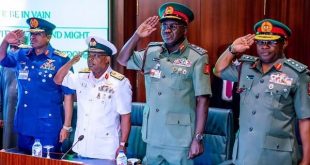