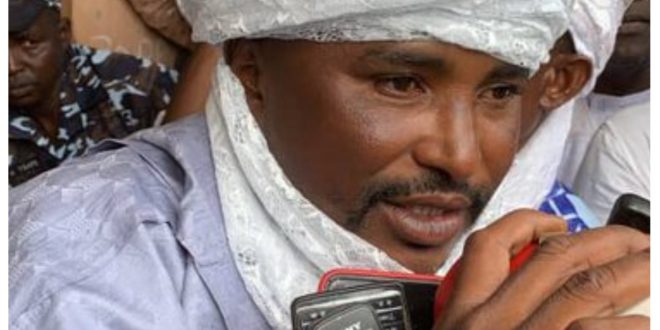 A banditry kingpin known as Ado Aleiro has been turbaned as Sarkin Fulanin Yandoto of  Yandoton Daji Emirate in Zamfara State, despite public outrage.

Zamfara State is one of the epicenters of banditry, with thousands of people killed and property worth billions of naira destroyed.

When news broke that he was to be conferred with a title, many protested against it, but the turbaning ceremony held hours after the emirate announced the suspension of the process.

The decision to confer the title on the banditry kingpin was premised on the role he played during a recent peace process locally arranged between the emirate and the bandits terrorising Tsafe Local Government Area of the state.

See the pictures below: