Terrifying: Cliff Collapses At Shipwreck Beach Causing Tourists To Run For Their Lives

The terrifying moment a huge chunk of cliff broke away and fell onto a beach in Zante filled with tourists was caught on video.

In the shocking footage which was recorded at Navagio beach on the Greek island of Zakynthos, tourists are seen fleeing in terror after tons of rock fell down in a plume of dust, quickly followed by another section of the cliff.

At least seven people were injured in the landslide, officials said. None of the injuries sustained in the incident on Thursday afternoon are believed to be life-threatening. 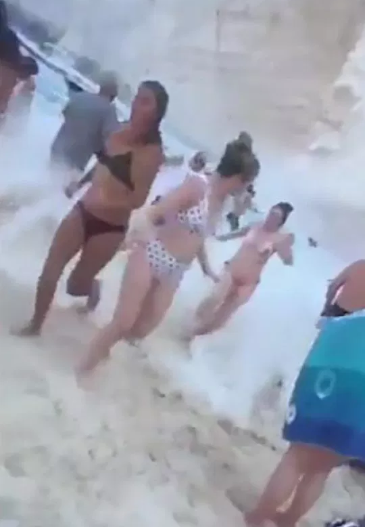 Rescue services with sniffer dogs are searching the beach for possible victims. 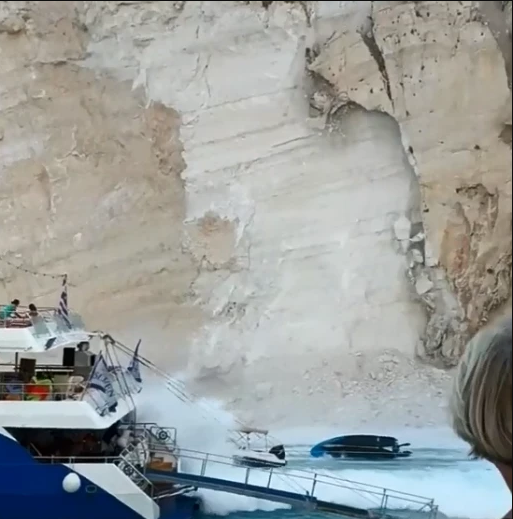 Lynette Bridges, 58, from Hordon-on-the Hill in Essex, said her tour boat had just pulled up to the popular Shipwreck Beach when an enormous sheet of stone crashed into the sea, capsizing boats and flooding the crowded beach.

We started to hear this almighty cracking sound and the first lot came down quickly followed by the second lot.

The noise and the sound and the amount of rock that came down was unbelievable.

The beach, also known as “shipwreck beach”, is popular with tourists and can be reached only by boat.