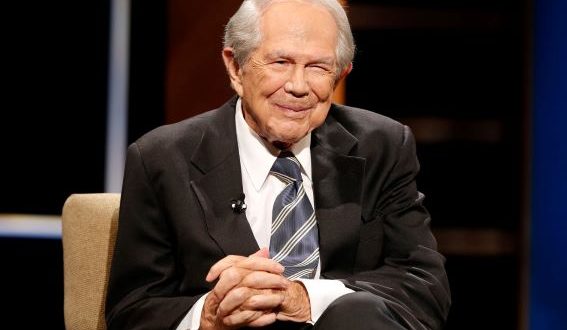 Televangelist Pat Robertson predicts Trump win, then chaos, then the end of the world

Televangelist Pat Robertson on Tuesday said God told him who will prevail in the Nov. 3 presidential election: President Donald Trump.

“First of all, I want to say without question, Trump is going to win the election,’’ Robertson told viewers during a segment on “The 700 Club.’’

The 90-year-old founder of the Christian Broadcasting Network, who has been a supporter and defender of the president, also made dire predictions about the end of the world, USA Today reported.

“What I think very frankly is the only thing that will fulfill the word of Jesus … is some kind of asteroid strike on the globe,’’ he said. “It’s sudden destruction. It’s not going to be some nuclear war. We’re not going to be allowed to blow this earth up.’’

So maybe that’s why on Tuesday, after describing the destruction the asteroid will cause, Robertson said, “then, maybe the end.’’

Robertson said more than five years will pass between the end of the election and the asteroid’s arrival. He predicted horrible civil disobedience will commence after the election, there will be at least two attempts on Trump’s life and a war against Israel will end only when God intervenes.

“God is going to bring a period of great peace,’’ Robertson said.

That is, until the asteroid hits.

At the end of the segment, Robertson said, “I think it’s time to pray.’’