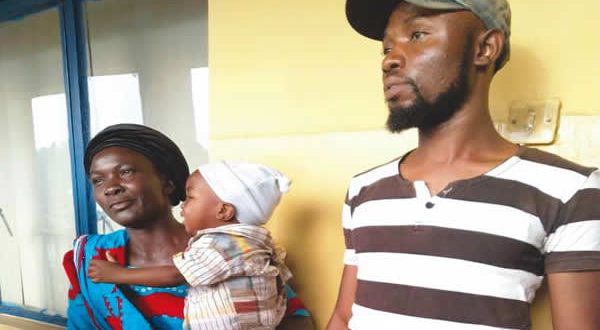 Operatives of the Imo State Police Command have arrested a 15-year-old Senior Secondary School pupil, Precious Ehiedo, and two others, Juliet Ogben and Favour Okoh, for allegedly stealing and selling two siblings between the ages of two and seven for N800,000.

The state Commissioner of Police, Dasuki Galadanchi, who handed over one of the recovered children to their parents at the command’s headquarters in Owerri, said that two-year-old Chiemerem and seven-year-old Mmesoma Nwoke were stolen on November 13, 2018, by Precious at Umuezeala Ama in the Ehime Mbano Local Government Area of Imo State on the instruction of her parents.

The CP said the teenager had requested money from her parents for the Senior Secondary School Certificate Examination registration, but the parents allegedly told her to steal the children in order to raise the money.

The police boss said, “On November 13 at around 9am, one Precious Ehiedo, 15, daughter of Mr and Mrs Romeo and Uchechi Ehiedo, resident at Ogbuaku in Mbaitoli LGA of Imo State but natives of Abraka in Delta State, requested from her parents’, money for the SSCE registration.

“Her parents told her to go and steal children for them to sell in order to raise money for her examination. Being familiar with the two children at her maternal home, Umuezeala Ama, in Ehime Mbano LGA of Imo State, she stole the children.

“The girl and her father left for Mbano, but the father stopped at the Amaraku Market square, waiting for his daughter to hand over the children, he had instructed her to steal.

“The 15-year-old met the children playing, stole them and joined her father at the Amaraku Market and both left with the children to Ogbaku.

The CP added that acting on credible intelligence, the operatives of the Surveillance Squad of the command recovered one of the children, Chiemerem, on December 15 at Agbor in Delta State.

He said that the command had spread its tentacles in order to recover the other child.

Galadanchi, who described as barbaric the act of trading in human beings, especially children, said the command would prosecute the suspects in line with the laws of the land.

He attributed the breakthrough to the community policing approach through which the command and community leaders and stakeholders in the state share mutual information and intelligence.

Charles Igbinidu is a Public Relations practitioner in Lagos, Nigeria
@https://twitter.com/ionigeria
Previous Oba of Benin tells Youths to shun money rituals, stealing of female underwear
Next Mexican mayor gunned down after being sworn in 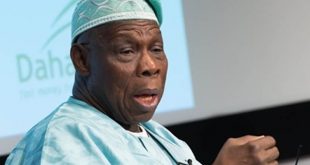