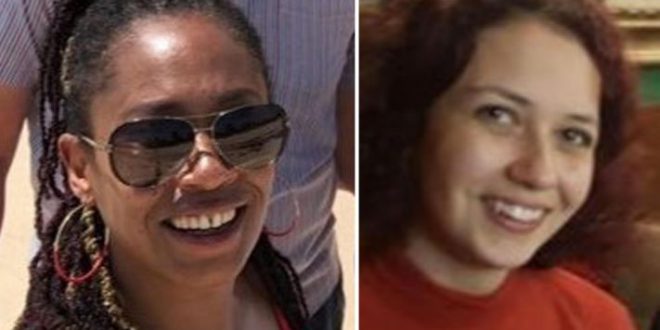 A teenager killed two sisters in a London park as a sacrifice to a demon so he could win the lottery, a jury was told.

Danyal Hussein was 18 when he stabbed Bibaa Henry, 46, and Nicole Smallman, 27, after they had held a lockdown birthday party in Fryent Country Park in Wembley last summer, the Old Bailey heard on Wednesday.

The sisters had stayed behind dancing late at night after their friends left, but could not be contacted the next day, prosecutor Oliver Glasgow QC said.

The sisters had stayed behind dancing late at night after their friends left, but could not be contacted the next day, prosecutor Oliver Glasgow QC said.

Friends who searched for them found their bodies, their limbs entwined, in undergrowth near the scene of the party.

“The attack was as savage as it was devastating,” Mr. Glasgow said.

Hussein was allegedly identified through DNA and CCTV camera footage, but he had also bought a knife matching the murder weapon and police found more evidence at his home.
Mr Glasgow continued: “When the defendant’s bedroom was searched, the police found a handwritten document, purporting to be an agreement between the defendant and a demon, in which he promised to sacrifice women in order to win the lottery and not to be suspected of the crimes he had committed.

“As it turned out, the demon did not come good on the bargain, since not only did the defendant not win the lottery but the police identified all the evidence that links him to these two murders.”

Jurors were shown CCTV footage of what the prosecutor said was Hussein leaving his father’s house two days before the stabbings to buy a set of five knives from an Aldi supermarket and then walking to the park on the night.

The prosecutor said Hussein took with him a mask and two mini shovels he had bought on the internet.

Other footage showed the sisters carrying bags as they walked to the park before their friends joined them for the party. The friends left at around 11pm, leaving the sisters alone.

Mr Glasgow said: “Photographs that they took on their mobile telephones show the two of them playing with fairy lights and dancing together.

“They were clearly having a good time but all that was to change soon after 1 am. The last photograph taken was at 01:13 hours and both women appear to look to their left as if distracted by something.

“Whether this was the defendant who had crept up on them is unclear, but there is no doubt that he was in the park that evening and that he attacked them.”

Hussein had entered the park 45 minutes after the party and was not filmed leaving until 4am, said Mr Glasgow.

“Therefore, it is likely that he spent much of his time thinking about his plan and looking for potential victims,” he said.

“Why he chose Bibaa Henry and Nicole Smallman, or what it was about them that caught his attention, is also unclear.

“But, once their friends had left, two of them were far more vulnerable: distracted by the fun they were having, eye-catching because of the lights they were playing with, and now on their own.”

Mr Glasgow said: “The defendant has denied any involvement in the crimes he is alleged to have committed.

Charles Igbinidu is a Public Relations practitioner in Lagos, Nigeria
@https://twitter.com/ionigeria
Previous Kanye West spotted with Russian supermodel Irina Shayk on a romantic getaway in France for his 44th birthday.
Next Manchester City kit man who was gifted £40,000 Range Rover by Sergio Aguero puts the car up for sale on eBay