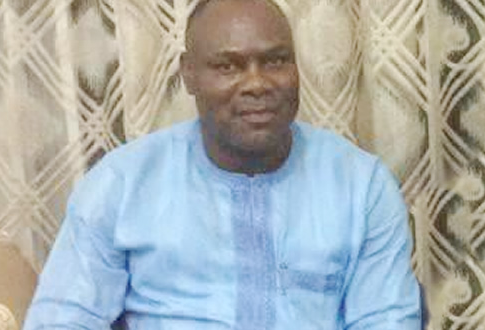 The remains of Bunmi Ojo, a chieftain of the All Progressives Congress, were on Friday laid to rest in his hometown, Ido Ekiti, in Ido-Osi Local Government Area of Ekiti State.

Ojo, who was shot by unknown gunmen on August 10 in Ado Ekiti, was a Commissioner in the Federal Character Commission.

The News Agency of Nigeria reports all markets in the town were closed while some public offices were deserted in honour of the slain politician who was also a Personal Assistant to former Governor Segun Oni.

Among those who attended the event were the governor-elect, Dr Kayode Fayemi, and the deceased ’s political mentor, Chief Segun Oni.

Governor Ayo Fayose was represented by his Chief of Staff, Dipo Anisulowo.

Komolafe said though Ojo died when it was least expected, he had fulfilled his purpose in life.

He condoled with family members, relatives, political parties and acquaintances present at the event and urged them to live a life worthy of emulation like the late Ojo did.

NAN reports that while the church service was on, scores of female sympathisers walked round the premises of the church hurling curses at Ojo’s killers.

The sympathisers intermittently disrupted the church service with songs laced with abuses and curses, while they turned their clothes inside out and also removed their headgear to register their agony.

Other dignitaries at the funeral service included the wife of the deputy governor-elect, Mrs. Bisi Fayemi; Oni’s wife, Kemi; and a former deputy governor in the state, Sikiru Lawal.