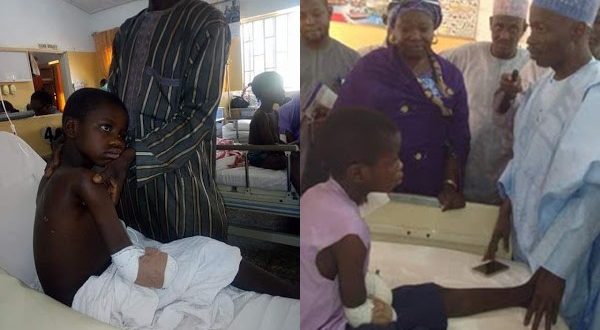 Teacher Cuts Off Pupil’s Hand For Stealing A Phone

The story of a 12 year old boy, identified as Zubair Abubakar in Gombe State had his hands amputated after the punishment meted on him by his teacher for allegedly stealing a phone led to the cessation of blood flow to his hands making them infected and gangrenous.

The boy who is said to be recuperating at the Federal Teaching Hospital , Gombe had his two hands amputated after the infection from the punishment of his hands been tied by his teacher Malam Sirajo Mohammed.