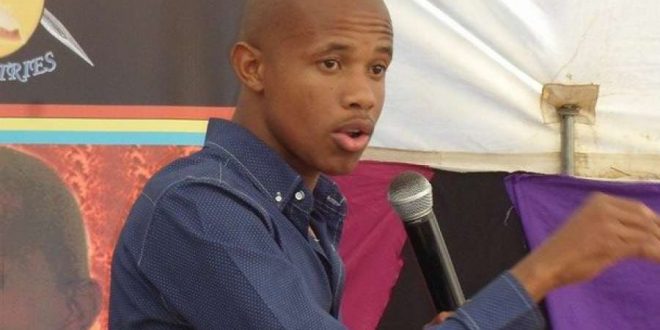 How TB Joshua delivered Me From False Doctrine – Snake pastor

General Overseer of End Times Disciples Ministries, Penuel Mnguni a.k.a ‘snake pastor’ has recanted his statement at the Synagogue Church of all Nations in Nigeria on Sunday.

Mnguni was videoed confessing at the Synagogue Church of all Nations in Nigeria, confessing that his actions in his South Africa Based church, including feeding church members with live snakes, rats, insects and other poisonous substances were not scriptural.

He said he had misapplied several parts of the Bible but only came to the realisation after listening to the preaching of Prophet TB Joshua on Emmanuel TV. He also said his reason for coming to Nigeria all the way from South Africa was to have himself delivered by the prophet.

However, in a shocking turn-around, the Snake Pastor has said he was tricked into making the confession. He said he had to make the “confession” because he feared for his safety in Nigeria.

He told Daily Sun he did not know he would be “forced” to speak in front of people.

Penuel Mnguni further claimed that he was invited to the church to worship with them, but on getting there, his travel documents were taken and he was threatened to comply with whatever he was asked to do or he won’t be given back his passport and other travel papers.

“It was as if everything was planned before I even got there. If you listen to the video, I am not the one saying those words. There is a woman next to me who is forcefully telling me what to say,” Penuel Mnguni told Daily Sun.