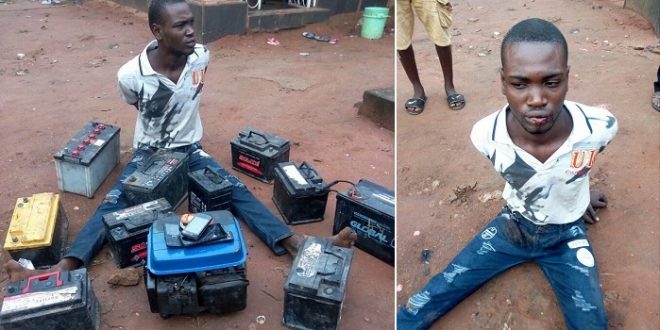 Luck ran out of a suspected thief, Madabuchukwu Unamba, as he was arrested by men of the Imo security Network Oru West, yesterday.

Maduabuchi, a native of Ebonyi state and bus conductor, broke into a shop, alongside his driver accomplice, Nwa Papa. Item stolen include eleven (11)Vehicle batteries, one (1) Tiger Power Generating set as well as five (5) mobile Phones.

The suspect who confessed having once escaped from Police cell, also just finished serving a one year jail term for similar offense.