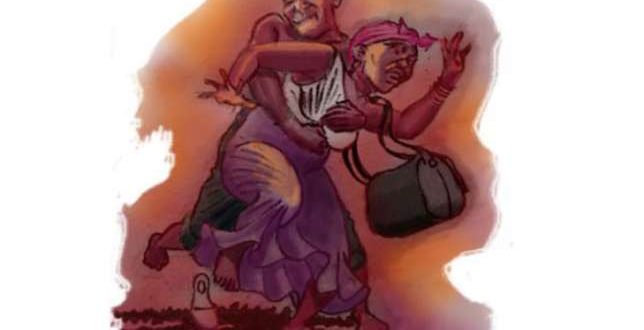 Suspect Of Rape Freed Because Victim Enjoyed It

A young man was acquitted of rape charges after his victim claimed that she had enjoyed the ordeal. Charles Lutaaya was as a result freed by the High Court.

He had grabbed the woman from the back, and threw her on the ground violently. Before the woman could recover from the crash as her body touched the ground, the young man tore her fabric and had sex with her.

When the damage was done, the woman gathered her belongings and proceeded home. Though she had recognised the man as the porter who does casual work around the village, she kept mum in fear.

Fearing that her husband and other people would find out by other means, to her detriment, she decided to report a case at Kibuye Police Station. To prove her claim, she presents her knickers that had been ripped up in the middle as an exhibit.

When she was examined by a doctor assigned by the police, there was no evidence of forceful penetration.
However, the doctor noted the scratches the woman had sustained around the neck.

On getting the report, the police proceeded to arrest Lutaaya and locked him up at Kibuye Police Station as investigations continued, which involved detectives taking him for a medical examination.

At that moment, they found no evidence to incriminate Lutaaya in the alleged rape; no unusual tears or scratches on his body.

In his statement to the police, Lutaaya maintained that he had not raped the complainant, claiming that he had had a love affair with her.

In the High Court, Lutaaya maintained his plea of innocence but the case still went to full trial.

The lawyer called the complainant’s name to get her to pay attention. He then told her: “You have told court that Lutaaya threw you down and raped you.” The complainant answered in the affirmative. The lawyer then asked about her children and family life.

When she seemed to be answering all the questions correctly and seemed more relaxed, the lawyer asked her whether when she was raped she had enjoyed the sex.