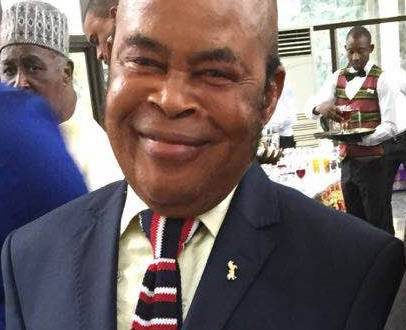 He was arraigned at the Federal High Court, Abuja on a 16 count charge of money laundering and breaches.

Ngwata was one of the judges arrested by Department of State Service (DSS).

He was alleged to have transferred N505 million to a firm, Nwamba Linus Chukwuebuka, between January and May this year.

Justice Ngwuta was also alleged to have instructed a relative to remove exotic cars from his Ebonyi home during investigation.

In addition, two valid diplomatic passports and two standard Nigerian passports were found in his house during the October 8 sting on the building by DSS.

He was also also accused of retaining huge sums of money in local and foreign currencies being proceeds of his unlawful act contrary to the provisions of the Money Laundering Act.

According to prosecution Ngwuta was accused of the concealment of the origin of sums of money found in his house during the raid on his house by DSS between October 7 and 8.

The N505 million was alleged to be part of proceeds of Ngwuta’s “unlawful” activities.‎‎

He was accused breaching provisions of section 18(1)(b) of the Economic and Financial Crimes Commission Act.

He was however granted bail in the sum of N100m. The bail sum is to be guaranteed by self-recognisance of the defendant in his capacity as a serving Justice of the Supreme Court.

It implied that Ngwuta would be released on bail after signing a bail bond worth N100m.

Justice Tsoho, in his ruling on ‎the defendant’s bail application which was argued by defence counsel, Chief Kanu Agabi (SAN), and opposed by the Federal Government, noted that the fears expressed by the prosecution about granting bail to the defendant were unfounded.

Opposing the bail application made by Justice of the Supreme Court, the lead prosecuting counsel, Mr. Charles Adeogun-Philips, said Justice Ngwuta should not be granted bail due to justice’s acts of dishonesty while he was on administrative bail granted him by the Department of State Service.

He said the circumstances surrounding Ngwuta’s cases were peculiar.

Adeogun-Philips, was responding to  Justice Ngwuta’s lawyer, Chief Kanu Agabi (SAN), who had earlier urged the trial judge, Justice John Tsoho, to grant “affordable bail” in “self recognisance” to his client due to the defendant’s status as a Justice of the Supreme Court.

Charles Igbinidu is a Public Relations practitioner in Lagos, Nigeria
@https://twitter.com/ionigeria
Previous Ondo: Protesters storm INEC office, ask for election postponement
Next I have no plans to join APC – Mimiko