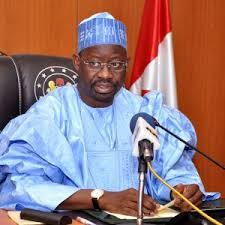 Gombe State Governor, Ibrahim Hassan Dankwambo has debunked report making the rounds on media that a civil servant was remanded in prison custody for allegedly insulting him and his mother.

Abubakar Adamu, 35, who works with the state Ministry of Higher Education, was sued by one Inuwa Dattijo aka DJ Maitaya of the State Agency for Social Services, who alleged that the accused sent him an audio clip containing insults on the governor and his mother.

In a statement issued moments ago, Governor Dankwambo called on those using his name to intimidate people who express themselves, to stop. His statement below:

I SUPPORT FREEDOM OF SPEECH AND FREEDOM AFTER SPEECH

My attention has just been drawn to news making round the media that a Civil Servant is standing trial for insulting me and my mother. I am not aware of any such  case. I will never support such an action which negate democratic standards.

There are always overzealous aides and supporters who can’t stand criticism of their boss but such actions will not be allowed in Gombe.

Nigeria is a free nation and citizen’s right to freely express themselves and hold the government accountable is one of the ethos of democracy.

People insult and criticize me, my mother and family members on a daily basis but I have never for once taken action against them. Why now?

I support freedom of speech and freedom after speech. Everyone in Gombe will testify to this.

I Will direct an investigation into this.

Those using my name to intimidate people who express themselves must stop. If they don’t stop, I will stop them