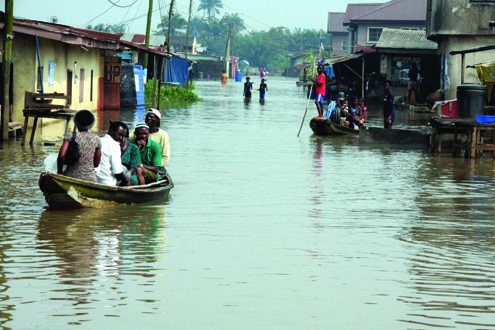 It was gathered that four persons were unconscious, and receiving treatment in Suleja General Hospital, as seven houses at Nasarawa area of Suleja were submerged.

Our correspondent learnt that the head of the household of seven, Abubakar Saraki, survived; but his six children died.

Checks revealed that Saraki could not rescue his last child who died along with others due to the heavy rains that started at 8pm on Saturday and continued unabated.

Meanwhile, the Director General, Niger State Emergency Management Agency, Ibrahim Ahmed Inga, said out of the 11 that died in the Suleja flood disaster, eight bodies have been recovered .

Inga said four areas in suleja was badly affected by the last Saturday flood in Suleja.

He said 90 houses were destroyed, and no fewer than 500 people were displaced; adding that there is the possibility of using primary schools in the area as temporary camps for survivors.

Asked how many farmlands were destroyed, the DG said the agency had yet to take the inventory until  securing a camp for those affected is completed.

Inga said, “Niger State government is doing its best to reach out to those affected. First and foremost, we must provide shelter immediately and other things will follow.”