Home / News / Politics / Sule Lamido: I Doubt If Jonathan Is Still A Member Of PDP 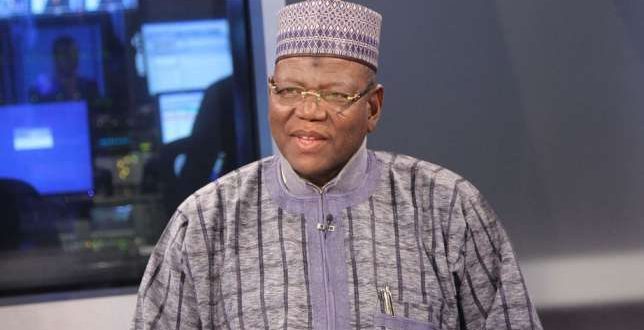 Sule Lamido: I Doubt If Jonathan Is Still A Member Of PDP

Jonathan has been a member of the PDP since 1999 but recently, the immediate past president has been absent at major activities of the party, including the convention of the PDP where Senator Iyoricha Ayu was elected National Chairman.

As a sitting president, Jonathan lost his reelection bid to President Muhammadu Buhari of the All Progressives Congress (APC).

He had conceded the election, playing the role of a mediator in troubled West African countries.

However, there are reports that the ruling APC is considering fielding him as its presidential candidate in 2023.

The hobnobbing of the duo and Jonathan’s hosting of APC leaders at his residence had led to a public exchange between PDP leaders and those of the ruling party.

While the PDP accused APC of attempting to woo Jonathan, the APC said the former president is free to contest on its platform in 2023.

The former president was not at the convention of the PDP where Senator Iyoricha Ayu was elected National Chairman.

In a BBC interview where Lamido was asked if Jonathan is still a member of the PDP, the former governor said, “I doubt it; he has not been attending recent activities of our party.”

Lamido also opened up on the recent visit of PDP leaders to former President Olusegun Obasanjo, saying they were there to discuss ways of find a lasting solutions to the problems of the country.

He said, “Since the coming of Buhari’s administration Nigeria has not be itself as all the foundations for development laid down by PDP are all destroyed by this government.

“We have no peace, no unity, no integrity, no trust and there is abject poverty and we want to change these things. So that is why we decided to go and meet Obasanjo and we did so. We spent at least two hours discussing with him.”