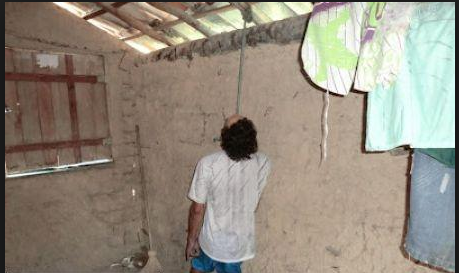 A mentally challenged HIV-positive man allegedly committed suicide by hanging himself on Monday, Iharare reported.
The late 51- year-old from Mavikane Village in Zimbabwe was believed to have suicidal tendencies and would regularly threaten to kill himself saying he was tired of regularly swallowing pills.

He allegedly hung himself in his own home, in the absence of his wife who had traveled to Ingutsheni Central Hospital in Bulawayo.

His brother, Mika Ngwenya, found him helplessly dangling from the roof around 6.30am.

“His wife left for Bulawayo at 5am and told me to check on him. I went there around 6.30am and was shocked when I saw him already dead,” he said.

Police spokesperson for Matabeleland North Province, Inspector Siphiwe Makonese, said she was yet to receive the report from the wife of the deceased.