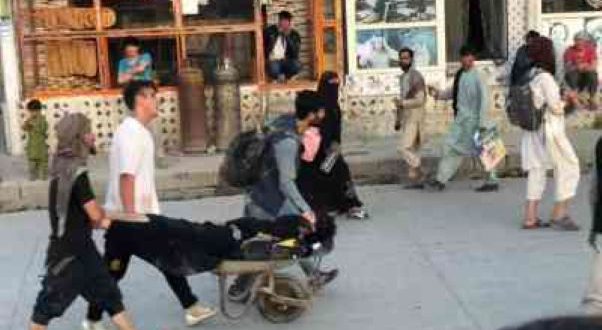 ‘Suicide bomb’ kills 13 at Kabul airport: TWO explosions and gunfire rip through crowds, causing multiple casualties including children – with three US soldiers among the wounded

A large explosion has ripped through crowds at Kabul airport’s Abbey Gate, with reports of multiple casualties and an eruption of gunfire following the blast.

The Pentagon confirmed the attack, saying it appeared to be the work of a suicide bomber possibly aided by armed fighters.

Initial reports suggest there were two explosions, with at least one taking place near the Baron Hotel, close to where the British army had been co-ordinating evacuation efforts. 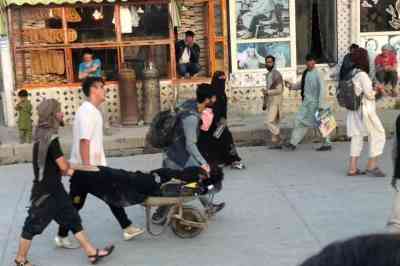 The Pentagon confirmed the attack, saying it appeared to be the work of a suicide bomber possibly aided by armed fighters

A Taliban official said at least 13 people have been killed, including children, and many of the group’s guards were wounded. No British casualties have been confirmed. There were inital reports of American casulties.

Images from the scene show scores of bodies piled up on the streets and bloodied people being carried away in wheelbarrows, with one emergency hospital treating 30 wounded people after six died on their way there.

An Afghan man queueing to enter the airport said the explosion hit the middle of a crowd of thousands, and he saw many injured and maimed people near where US troops were stationed.

A US official said ISIS-K, a splinter of the terror group who are the sworn enemy of the Taliban, are ‘definitely believed’ to have carried out the attack.

The devastation could spell the end of the airlifts before the August 31 deadline, with Germany already pulling out all its military planes in the wake of the blasts, potentially leaving thousands stranded under Taliban rule.

Many had feared an attack could derail the evacuations, with the airport a likely target with crowds rushing to escape and many Western troops stationed at the transport hub.

Pentagon Spokesman John Kirby said: ‘We can confirm that the explosion at the Abbey Gate was the result of a complex attack that resulted in a number of US and civilian casualties.

‘We can also confirm at least one other explosion at or near the Baron Hotel, a short distance from Abbey Gate. We will continue to update.’

A Number 10 spokesman said Boris Johnson has been updated on the situation and will chair a COBR meeting later this afternoon, while Joe Biden has also been briefed.

Emmanuel Macron said he may struggle to evacuate 20 buses with French citizens on board at the airport gate and says he is in negotiation with the Taliban to secure their release. 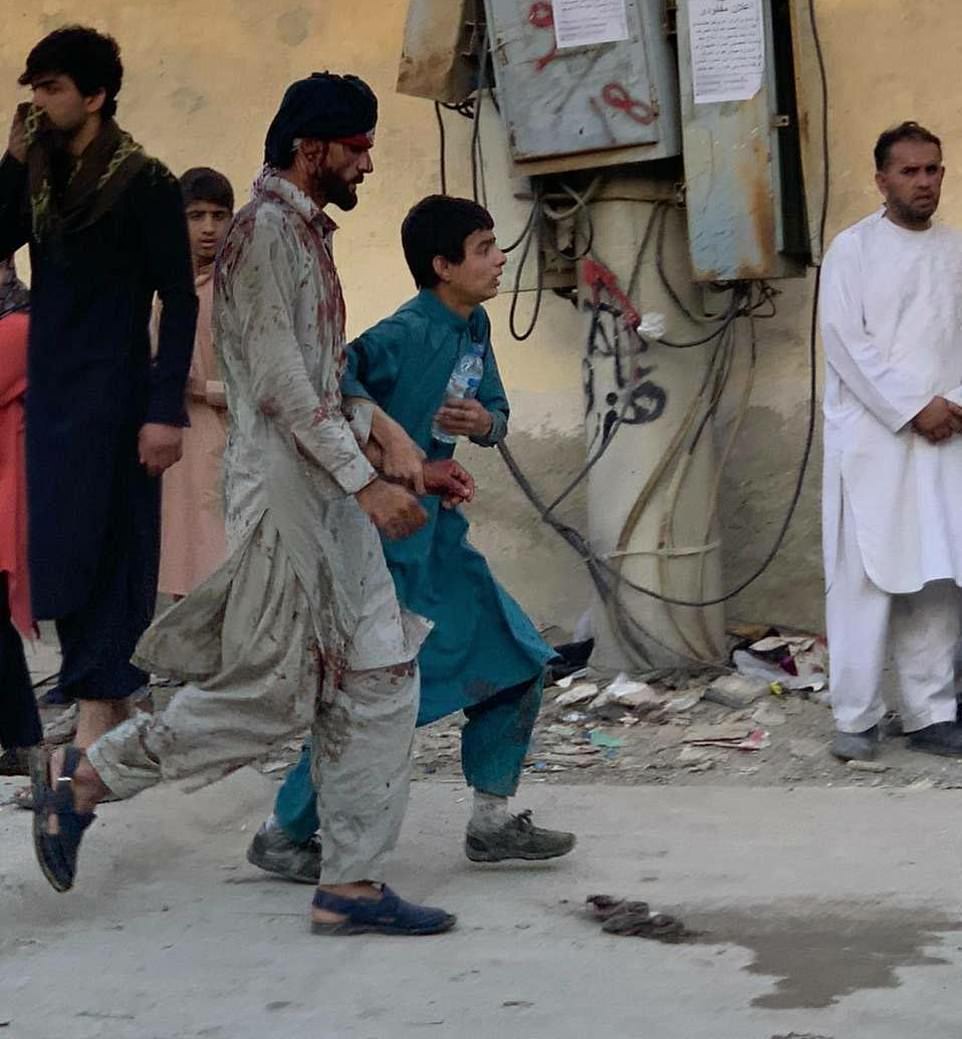 Pentagon Spokesman John Kirby said: ‘We can confirm an explosion outside Kabul airport. Casualties are unclear at this time. We will provide additional details when we can’