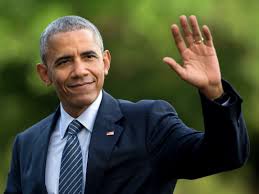 I have suffered racism in office says President Obama

Outgoing U.S. President Barack Obama has disclosed that he has ‘absolutely’ suffered racism in office, adding Americans’ ‘primary concern about me has been that I seem foreign’.

“The concept of race in America is not just genetic, otherwise the one-drop rule wouldn’t have made sense”.

“It’s cultural. It’s this notion of a people who look different than the mainstream, suffering terrible oppression.

“But somehow being able to make out of that a music and a language and a faith and a patriotism,” Obama said, in a special looking back on his legacy with CNN’s Fareed Zakaria.

“I think there’s a reason why attitudes about my presidency among whites in Northern states are very different from whites in Southern states.

“Are there folks whose primary concern about me has been that I seem foreign, the other? Are those who champion the ‘birther’ movement feeding off of bias? Absolutely.”

Obama said the colour of his skin had ‘absolutely’ contributed to white Americans’ negative perceptions of his time in office.

The president said: “I think there’s a reason why attitudes about my presidency among whites in Northern states are very different from whites in Southern states”.

Obama told Zakaria in the special interview on his legacy that was taped in September that he did not mind being defined as the nation’s first black president.

According to Zakaria, Obama was raised by ‘three white people’: his mother, Ann Dunham, and his grandparents, Stanley and Madelyn Dunham.

“And an Indonesian, you can throw in there”, Obama added, making reference to his stepfather, Lolo Soetoro.

David Axelrod, a senior adviser to Obama at the White House who now runs the Chicago Institute of Politics, concurred.

“It’s indisputable that there was a ferocity to the opposition and a lack of respect to him that was a function of race,” Axelrod said.

According to him, at least one powerful Republican was personally disrespectful to Obama.

“He (the Republican)said to him (Obama), ‘we don’t really think you should be here but the American people thought otherwise. So we’re going to have to work with you,” Axelrod said.

Trump said in an August 2012 tweet: “An “extremely credible source” has called my office and told me that @BarackObama’s birth certificate is a fraud”.

The Republican, however, said recently that he no longer believed that Obama was born in Kenya.

“President Barack Obama was born in the United States, period. Now, we all want to get back to making America strong and great again,” Trump said.

He, however, made no apology for his previous statements and claimed that Hillary Clinton’s presidential campaign began the birther movement in 2008.

Clinton’s campaign accused Trump of having connections to white nationalists and that he needs to ‘own up to it.’

Obama took Trump’s about-face in stride, joking at a September Congressional Black Caucus Gala, saying “If there’s an extra spring in my step tonight, it’s because I am so relieved that the whole birther thing is over”.

Charles Igbinidu is a Public Relations practitioner in Lagos, Nigeria
@https://twitter.com/ionigeria
Previous How to marry an American woman
Next Nigeria’s Amina Mohammed to be named UN Deputy Sec-Gen