The decision of the Academic Staff Union of Universities (ASUU) to embark on an indefinite strike action or not will be disclosed at the end of the National Executive Council (NEC) meeting, on Monday.

The NEC had started holding meetings since Saturday, but another meeting has been scheduled to begin at 12 midnight on Sunday.

ASUU had earlier hinted that it would communicate decisions reached at the end of the meeting to the media on Monday.

It was gathered that the meeting which started on Saturday at the Ade Ajayi Auditorium at the University of Lagos (UNILAG) was relocated to the Tayo Aderinokun lecture hall on Sunday over fear that the auditorium might be bugged by secret government agents.

Branches of ASUU in different States had held mobilization of sensitization congresses; asking Nigerians to hold the Government responsible, should another industrial action hit the Universities.

They decried the failure of the Federal Government to sign and implement the Renegotiated 2009 FGN/ASUU Agreement; adopt the University Transparency and Accountability Solution (UTAS), and non-payment of withheld salaries, checkoffs and promotion arrears among others.

The union also made known that the deliberate refusal of the Government to adopt UTAS as a payment platform in the University System further exposed the lip service that government pays to the war against corruption. ASUU alleged that the IPPIS is found to be marred with irregularities while it called on FG to immediately approve the deployment of UTAS as a payment platform in the Universities.

On funding of State Universities, ASUU attributed the decayed infrastructural facilities, poor staff welfare to the proliferation of universities by state governments. The union called on Government to urgently review the laws of the National Universities Commission (NUC) and make it more stringent for the establishment of Universities in the Country. 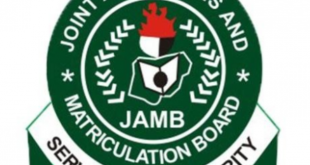