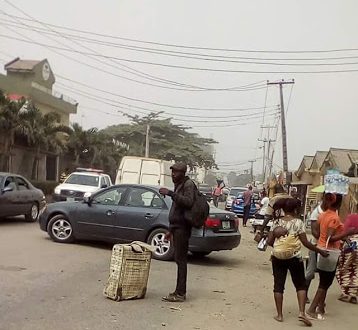 He was seen with his travel box as he is unable to secure a stable abode three weeks after arriving the country.

“He remembered his name as Chuks Samson from Ogidi Town in Anambra State Nigeria. He came to Nigeria on the 5th of Dec.  2017 aboard Emirates Airline from London. His mental health might have  deteriorated less than 24 hours after encountering  the harsh economic reality, people face  everyday. The STRESS  and general WAHALA of Lagos life must have overwhelmed him. Pls SHARE until he gets  a helper.”

More photos and below… 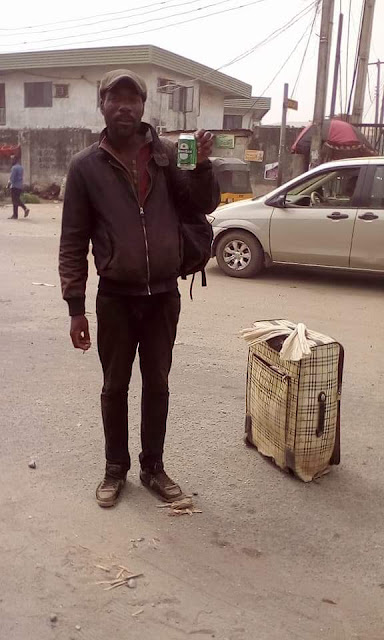 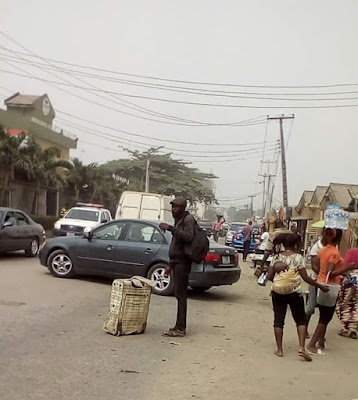 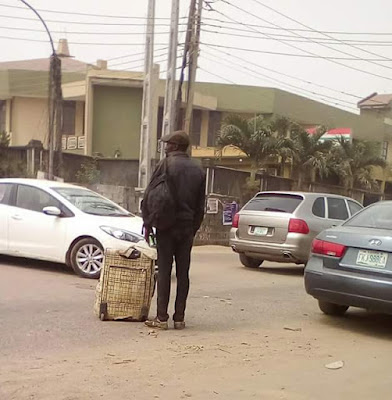 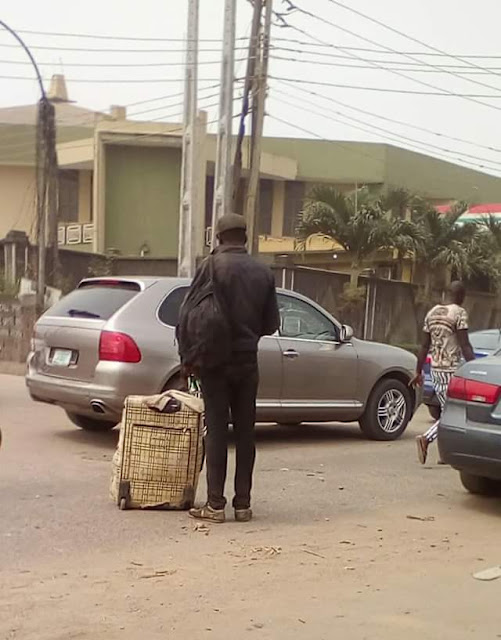