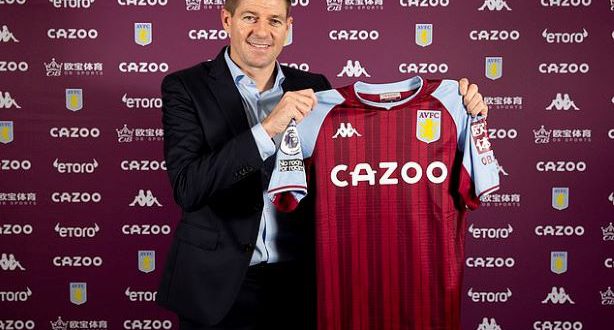 Steven Gerrard has been sacked as Aston Villa manager after less than a year in charge at Villa Park.

Gerrard was appointed Villa manager in November of last year, making his first step into life back in the Premier League after success with Rangers.

But despite investment in his first-team squad with the signings of Philippe Coutinho, Lucas Digne, Leander Dendoncker, Diego Carlos and Boubacar Kamara, it has not worked out for the 42-year-old.

In 40 games, Gerrard oversaw 13 wins, eight draws and 19 defeats, with three wins in 12 this season and only nine points from 11 games in the Premier League.

That has led Villa to part ways with the legendary Liverpool midfielder, confirming his departure in a two-line statement following an ugly 3-0 loss to Fulham on Thursday night.

The Midlands club, who sit 17th in the English top flight, have already been linked with ex-Tottenham manager Mauricio Pochettino as an ambitious replacement.

As for Gerrard, it is a bitter blow for a young manager who has been touted as a possible long-term successor to Jurgen Klopp at Liverpool.

His chances of doing so have, unsurprisingly, taken a hit given his struggle at Villa, with some making the correlation between Michael Beale vacating his role as No. 2 and their subsequent drop in form.

Beale, who impressed in various roles in the Liverpool academy before supporting Gerrard at both Rangers and Villa, took the manager’s job at QPR in June and has led the London club to the top of the Championship.

After eight wins, three draws and four defeats so far in his first role as a senior manager, Beale was approached by Wolves for their vacancy, but ultimately turned it down.