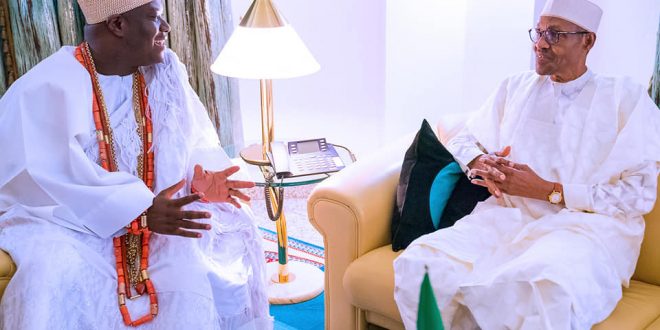 The Ooni of Ife, Oba Adeyeye Ogunwusi, reflected on the security situation in the country and urged political leaders against blowing issues out of proportion. He said the Southwest would not want to experience any war, warning that the drumbeats of war “is sounding loud across the country”.

The Ooni said: “How to improve security. I came to speak on behalf of other traditional rulers. Before I came here, I discussed with the Alaafin of Oyo, Oba Lamidi Adeyemi, who has been there for close to 50 years and we cannot take away such a very massive experience in terms of knowing the structure of Nigeria. And also by virtue of that, Alaafin is in constant touch with Awujale, Oba Sikiru Adetona and very much; we are all on the same page.

“So, I’m here and I had a discussion that is very fruitful with Mr President about what we all know the security situation in the country. We made him to know that the issue at hand in the Southwest is real – the issue of insecurity.

“We live in the remote and rural areas of the southwestern part of the country, most of those bushes and those forests are being occupied by strange people and we have decided to take it upon ourselves to try as much as possible to work with the government to fish them out.

“We should better use them for something good other than shouting war and anarchy. We don’t want that. We told the President that and he is on the same page with us. Politicians should be careful not to throw things out of proportion. We should make sure things are right. Mr. President has actually given good directives to security chiefs, especially the IG (Inspector-General); they will visit each and every traditional ruler’s palaces that are very sensitive in Southwest with immediate effect, he is going to give that directive.

“He said that everything must be done to put all security agencies to good use and work with the locals to separate the bad eggs.  We need to work very closely with them and every other security agencies in the country, we will put them to use now; it is very important to us to put them to use and work with the locals; it is very important so that we can separate the corn from the chaff. 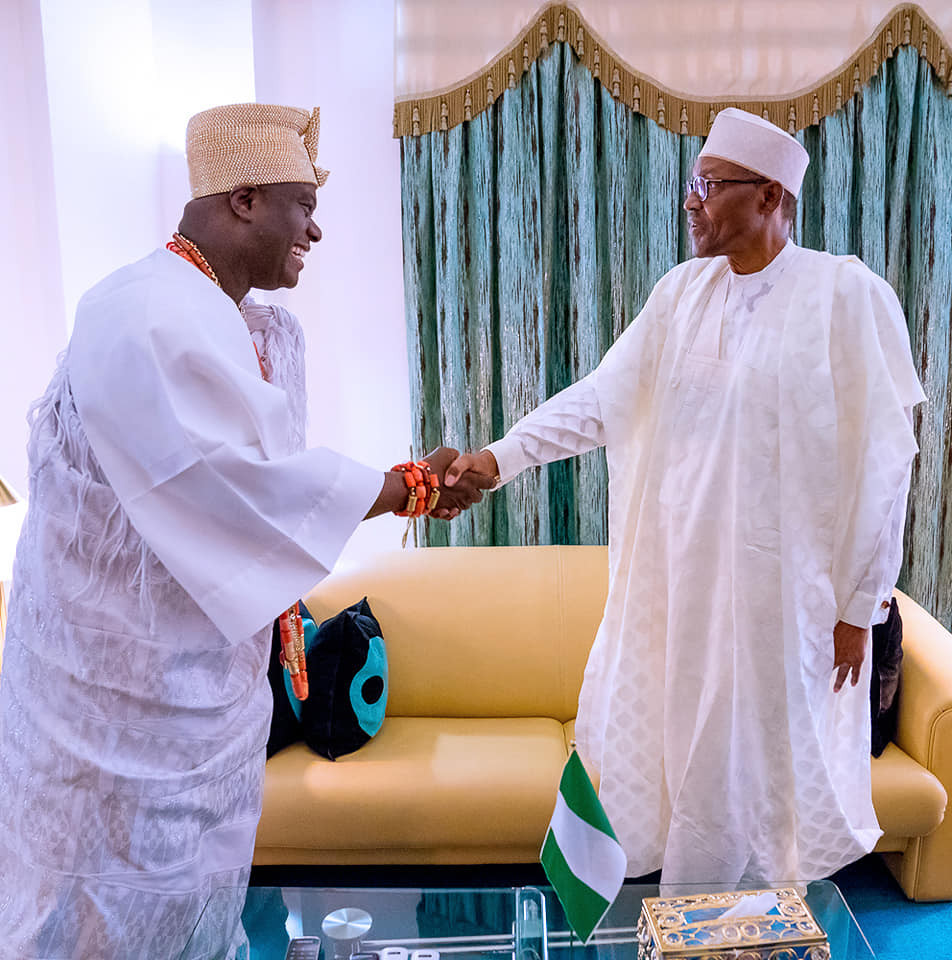 Charles Igbinidu is a Public Relations practitioner in Lagos, Nigeria
@https://twitter.com/ionigeria
Previous Woman hacks her husband to death, strangles her two children before hanging herself
Next ECOBA Lagos Present Prizes and Awards to deserving Students of Edo College