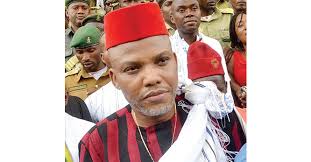 Governors of the South-East geopolitical zone yesterday, said plans were underway to empower and rehabilitate members of the proscribed Indigenous People of Biafra (IPOB) in their respective states into a meaningful venture.
Chairman of the South- East Governors’ Forum and Governor of Ebonyi State, Chief Dave Umahi stated this in Ishielu Local government area of the state during the celebration of the state’s peace day. He noted that the governors had reached a resolution bearing in mind that some of the youth were misled into joining the outlawed IPOB group. He said Ebonyi state would soon commence the rehabilitation and empowerment exercise for the youth who were misled into joining IPOB in the state.

Besides, the governor, who disclosed that South-East Governors had been commended and condemned since they announced the proscription of IPOB, said that they had no apologies for their action as they would still do the same if such situation presents itself again. Umahi said: “As governors, we have said that some of these youths were misled into doing this group. We agreed that they must be re-absorbed and reintegrated back into the society and rehabilitate them to get something doing with their hands.

“I will ask the for Youths Empowerment to open a register where some of these youths who were misled into joining this group will come and enter their names. By my words, we must rehabilitate them into meaningful venture in Ebonyi state. “On the issue of proscribing IPOB, people were sending us text messages, some were commending us, some were condemning us, and some were praising us while some abused us. But our people must know something: agitation does not mean insulting the leaders of AlaIgbo. “It is not about insulting the sitting President. It is not about insulting other tribes.

You can’t achieve anything from that. You cannot. It is by peace that a house is built. And I think that the issue of agitation, when you make your point, it should not degenerate into self-help. “As governors, we make all efforts to see that there is real peace.

So, we sat as governors to proscribe IPOB. We did that to save 12 million lives of Igbo that are living in Northern Nigeria and other parts of the country. And we have no apologies for saving the lives of not only Igbo but other ethnic groups that are within the South-East. “If the opportunity comes again, we will be unrepentant to do same.

“It is not about having ministers and all that. It is about giving the South- East additional state. It is about creating more local government areas to be like others. Other ones come and go but these are very important things that will help us develop.”