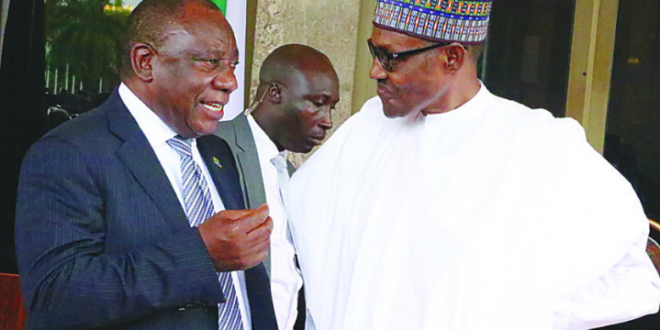 The 69-year-old has mild symptoms and is isolating in Cape Town, the statement added.

Mr Ramaphosa has delegated all responsibilities to Deputy President David Mabuza “for the next week,” the statement said.

It added that the president was in “good spirits” but being monitored by doctors.

He had just returned from a seven-day tour of Nigeria, Ivory Coast, Ghana and Senegal.

Some members of his delegation tested positive in Nigeria and returned directly to South Africa, reports the BBC’s Nomsa Maseko in Johannesburg.

The presidency said Mr Ramaphosa, who was vaccinated in February, and members of his team, were tested for Covid in all nations they visited.

The president is quoted in the statement as saying that his own infection should serve as a caution to people to observe public health measures as well as get vaccinated.

South Africa has registered a surge in coronavirus infections since 24 November when its scientists alerted the world about the new Omricon variant.

The variant whose provenance is unknown has been confirmed in multiple countries around the world, but it has led to travel bans against southern African countries, which Mr Ramaphosa has widely criticised.