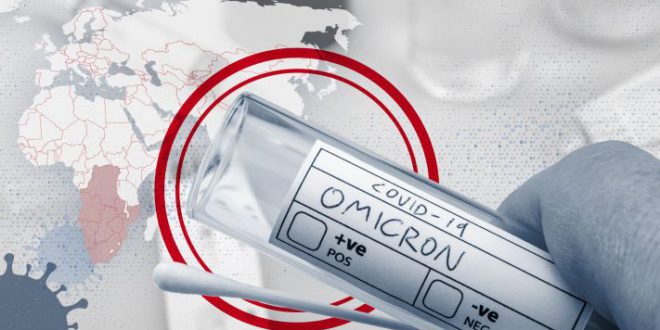 Researchers at a South African biotechnology company say they have nearly created a copy of Moderna’s messenger-RNA-based vaccine against COVID-19, without Moderna’s involvement.

The company, Afrigen Biologics and Vaccines, in Cape Town, has made only microlitres of the vaccine, based on data that Moderna used to make its shot. But the achievement is a milestone for a major initiative launched by the World Health Organization (WHO) — a technology transfer hub meant to build capacity for vaccine manufacturing in low- and middle-income countries.

During the COVID-19 pandemic, the developers of mRNA vaccines — Moderna and Pfizer, based in the United States, and Germany’s BioNTech — have sent more than 70% of their doses to wealthy nations, according to vaccine-tracking analyses. Meanwhile, millions of vaccine orders purchased by or promised to countries in the global south for these vaccines have been delayed . “Moderna and Pfizer-BioNTech’s vaccines are mainly still going to just the richest countries,” says Martin Friede, the WHO official coordinating the hub. “Our objective is to empower other countries to make their own.”

Many steps remain before Afrigen’s mRNA vaccine mimic could be distributed to people in Africa and beyond, and it definitely won’t help curb the pandemic this year. But the WHO hopes that the process of creating it will lay the foundation for a more globally distributed mRNA vaccine industry in the future.

Gerhardt Boukes, chief scientist at Afrigen — the firm at the core of the WHO’s hub — is proud to have helped complete this first step of the plan. Afrigen and its collaborators completed the process, beginning with mRNA encoding a modified portion of the SARS-CoV-2 coronavirus, and finishing by encapsulating it in a lipid nanoparticle that delivers the vaccine to cells. “We didn’t have help from the major COVID vaccine producers,” he says, “so we did it ourselves to show the world that it can be done, and be done here, on the African continent.”

When the WHO launched its mRNA tech transfer hub in South Africa last June, it asked Moderna, Pfizer and BioNTech to help teach researchers in the global south how to make their COVID-19 vaccines. But the companies did not respond, and the WHO decided to go ahead without their help. Friede says the WHO chose to replicate Moderna’s shot because more information on its development is available publically, compared with Pfizer-BioNTech’s vaccine, and because Moderna has vowed not to enforce its patents during the pandemic. Moderna did not respond to requests from Nature to comment on the WHO’s decision to copy its vaccine.

With funds from countries including France, Germany and Belgium, South African researchers began chipping away at the project in late September. A team at the University of Witwaterstrand, in Johannesburg, took the lead on executing the first step: making a DNA molecule that would serve as a template to synthesize the mRNA needed in the vaccine. Although this sequence has been controversially patented by Moderna, researchers from Stanford University in California had deposited it into the online database Virological.org in March last year.

Patrick Arbuthnot, director of gene therapy research at the University of Witwatersrand says, “We were not intimidated, because mRNA synthesis is a fairly generic procedure.” Despite delays in the shipment of raw materials, the team completed this process in ten weeks and sent vials of mRNA to Afrigen in early December.

During this period, having heard about plans to mimic Moderna’s shot, scientists from around the world sent Afrigen researchers e-mails offering assistance. Some of them were researchers at the US National Institutes of Health who had conducted foundational work on mRNA vaccines. “It was extraordinary,” says Petro Terblanche, Afrigen’s managing director. “I think a lot of scientists were disillusioned with what had happened with vaccine distribution, and they wanted to help get the world out of this dilemma.”

On 5 January, Afrigen’s researchers accomplished another tricky part of the process: They encapsulated the mRNA in a fatty nanoparticle made of a mixture of lipids. Boukes says they haven’t yet used Moderna’s specific lipid mixture, but rather another one that was immediately available from the manufacturer of the machine that the laboratory uses to create lipid nanoparticles. They plan to use Moderna’s lipid mixture in the coming days, as soon as one last analytical instrument arrives. After that, the team will analyse the formulation to ensure that it is truly a near copy of Moderna’s vaccine.

After Afrigen confirms that it has made a reliable copy, the next set of challenges will be to make a lot more of it. Jason McLellan, a structural biologist at the University of Texas at Austin whose work was foundational to the development of several COVID-19 vaccines, says he is not surprised that South African researchers appear to have copied Moderna’s vaccine, but he adds that scaling up production of that original shot required a lot of additional innovation by manufacturers.

For the next phase of the project, several companies in the global south will learn from Afrigen and attempt to create batches of vaccines themselves, in preparation for testing the shots in rodents. By the end of November, the WHO expects a Moderna mimic to be ready for phase I safety trials in people.

What happens next year remains uncertain. Charles Gore, the director of the Medicines Patent Pool, an international organization working with the hub that is devoted to expanding drug and vaccine access around the world, says that the initiative has no intention of infringing on Moderna’s patents. Laboratory research is generally not subject to patent rules, Gore explains.

And once the vaccine is ready for use, he hopes that Moderna might then license its patents, or that by then, there will be alternatives that these companies could produce without fear of a lawsuit. Scientists at several universities are currently developing next-generation mRNA vaccines that might be cheaper to make or that don’t require ultracold temperatures for storage, as do Moderna’s and Pfizer-BioNTech’s.

Although the pace of this effort will not solve the urgent need for vaccines across Africa, many researchers from the continent are enthusiastic because a reliance on vaccines from Western countries and companies has proven dangerous during the pandemic — only about 10% of people in Africa have been fully vaccinated — and this initiative was created with a goal of helping nations protect themselves. “Global health’s dysfunction derives from power imbalances,” explains Olusoji Adeyi, president of the non-profit organization Resilient Health Systems, in Washington DC. “Addressing that will come from countries in the global south developing their own capabilities and taking responsibility for their own health.”