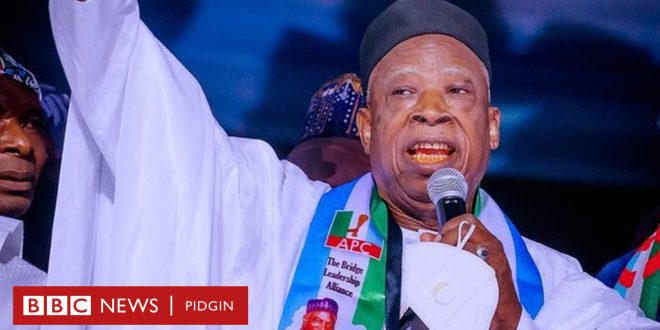 Senator Abdullahi Adamu, National Chairman of the ruling All Progressives Congress (APC), has indicted Governors in the crisis rocking the ruling party.

In his opening remarks at the National Executive Committee (NEC) meeting of the APC currently going on at Transcorp Hotel, Abuja, Adamu said some APC governors were working to tear the party apart.

Adamu, a former governor of Nasarawa, said as leaders of the party in their states, governors should work towards the development of the party.

He said the party’s constitution recognises governors as the leaders of the party in their states, there is no provision for former governors.

The APC Chairman laid emphasis on the fact that there is no dual leadership in the states.