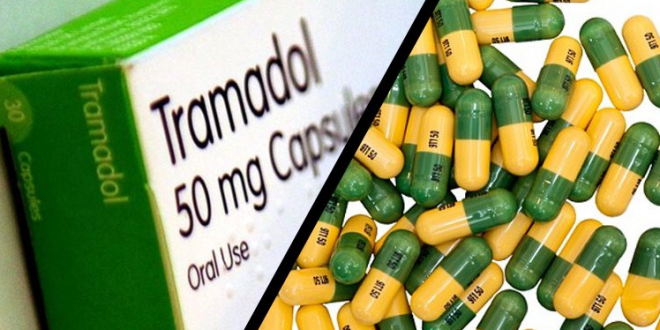 Smuggled Tramadol Worth Over $22,000 En-route Nigeria Seized In Ghana

Boxes of drugs, including Tramadol, the popularly abused prescribed-only pain relief, which were being smuggled into Nigeria from Togo, have been confiscated by officials of the Food and Drugs Authority in the Volta Region, Ghana.

Concealed in empty boxes of a popular noodles brand, the drugs were being smuggled through an unapproved route at a point referred to as ‘Kpoglo border’ near Ho, in Ghana.

Speaking on a Ghanaian show on Friday, the Volta Regional Director of the FDA, Gordon Akurugu, said the driver of the bus in which the drugs were being transported was intercepted last Saturday. He has since been arrested.

He was carrying noodles boxes which contained 10 different brands of drugs, including Tramadol, Akurugu said.

Mr. Akurugu observed that the drugs were mostly smuggled through unapproved routes into the country.

The FDA, he said, has put in place good systems to monitor and pick intelligent information, but he urged the public to help by providing information on unapproved routes being used by smugglers.

Mr. Akurugu said his outfit was also on the lookout for a cough syrup containing codeine which has been banned from Nigeria in order to prevent its entry into the country.