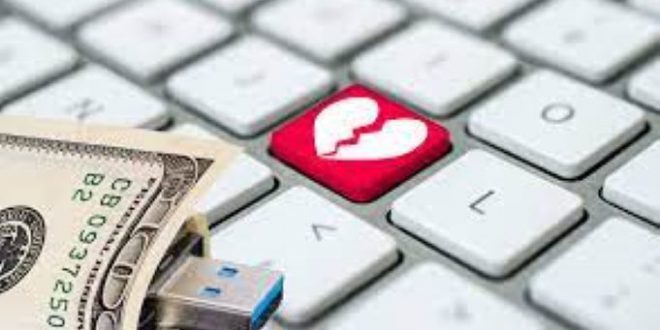 Six Nigerians charged in the US with laundering over $3.5M earned through romance scams

Six persons of Nigerian origin living in the United States of America have been arrested and charged with conspiracy to commit money laundering, in connection with their involvement in laundering millions of dollars in proceeds derived from romance fraud schemes.

“As alleged, the conspirators preyed on the emotions of their numerous online romance fraud victims to fleece the victims out of millions of dollars,” Manhattan U.S. Attorney Audrey Strauss said.

Abuchi Shedrach Felix, 29, Olanrewayu Ajibola, 36, both of Newark and Oluwatomiwa Akintola, 27, of Brooklyn, were arrested Tuesday night at Newark International Airport. Gregory Ochiagha, 55, was busted in the Bronx. Two others, Habiba Fagge, 24, of Maryland, and Nadine Jazmine Wade, 28, of the Bronx, are on the run from the law, prosecutors said.
They all allegedly set up shell companies that received payments from victims of the scams. Prosecutors charged them with money laundering conspiracy, which carries up to 20 years in prison.

Another storyline involved Francisco working as an architect making a major presentation for a $12 million project in Dubai. Francisco claimed to win a big contract but needed money to complete the deal because his bank account had been frozen, according to the complaint. A third victim who fell for that false narrative sent more than $130,000.

The Manhattan Federal Court complaint hints that the people actually posing as “Francisco” have yet to be identified.

“The arrests of the alleged perpetrators of this $3.5 million scheme deal a death blow to the vast criminal activity in which the defendants were allegedly engaged,” IRS Criminal Investigations Special Agent in Charge Jonathan Larsen said.

Charles Igbinidu is a Public Relations practitioner in Lagos, Nigeria
@https://twitter.com/ionigeria
Previous Nigeria’s Charles Onus arrested for stealing more than $800,000 by hacking into a US payroll processing company’s system
Next Remembering the life and career of iconic boxer Muhammad Ali who died 5 years ago