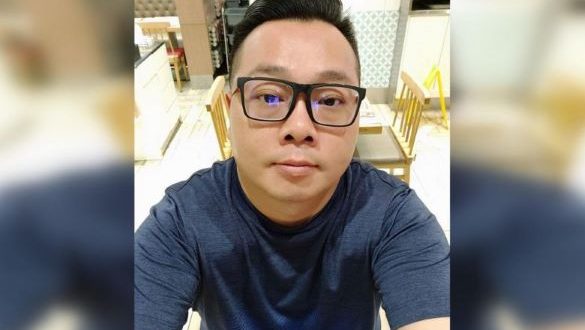 Singaporean pleads guilty to spying for China in the US

WASHINGTON – A Singaporean man pleaded guilty on Friday (July 24) to acting under the direction of Chinese intelligence officials to obtain sensitive information from Americans, the US Justice Department said.

Yeo Jun Wei, also called Dickson Yeo, pleaded guilty in federal court in Washington DC to one count of acting within the United States as an illegal foreign agent.

Court documents said that he used his political consultancy in the United States as a front to collect information for Chinese intelligence, targeting American military and government employees with security clearances on professional networking social media sites

Yeo would pay them to write reports which he said were meant for clients in Asia, but which were in reality sent to the Chinese government without their knowledge.

Yeo enrolled in 2015 as a PhD student at the Lee Kuan Yew School of Public Policy, where he researched China’s framework of treatment for small states along its Belt and Road Initiative trajectory, according to the school’s website.

He was recruited in 2015 by China intelligence operatives during a visit to Beijing, where he gave a presentation on the political situation in South-east Asia, according to court documents.

In a “statement of facts” submitted to the court and signed by Yeo, he admitted he was fully aware he was working for Chinese intelligence, meeting agents dozens of times and being given special treatment when he travelled to China.

“Although these operatives used pseudonyms in their interactions with Yeo, they were open about their affiliation with the PRC government. One of the operatives told Yeo that he and his boss worked for the PRC’s main intelligence unit,” the statement read.

His Chinese handlers asked him to get non-public information about the US Commerce Department, artificial intelligence, and the US-China trade war, even instructing him to create a fake consulting company in 2018.

Yeo did as he was told, using the same name as a prominent US consulting firm that conducts public and government relations. His LinkedIn Profile page lists the company as Resolute Consulting.

He received over 400 resumes, 90 per cent of which were from US military and government personnel with security clearances, and passed resumes of interest on to a Chinese intelligence operative.

Yeo eventually moved to Washington DC from January to July 2019, where he attended multiple events at think-tanks to network and recruit more people to write reports.

He was arrested when he returned to the US in November that year to try and get a US army officer working at the Pentagon to provide more confidential information.

Yeo’s case comes amid worsening US-China relations, with accusations that China runs espionage and trade secret theft operations in the US high on the list of Washington’s grievances.

Yeo looked for susceptible individuals who were vulnerable to recruitment, and tried to avoid detection by American authorities, the Federal Bureau of Investigation’s counterintelligence assistant director Alan Kohler Jr said in a statement.

He was taught by his Chinese handlers to ask whether his targets were dissatisfied with work, were having financial troubles, or had children to support, for instance.

In one case, Yeo recruited a civilian working with the US Air Force on the F-35B fighter jet programme, who confided his financial troubles to him, and got information about the geopolitical implications of the Japanese purchasing the F-35 aircraft from the US.

In another case, Yeo built a good rapport with an officer in the US army who had sent his resume to him in response to his fake job listings.

The officer said he was traumatised by his military tours in Afghanistan, and wrote a report for Yeo on how the withdrawal of US troops from Afghanistan would impact China.

A third case involved a State Department employee, who wrote a report about an unnamed individual who was at the time a member of the US Cabinet.

The State Department employee told Yeo he feared that his retirement pension would be jeopardised if officials found out that he provided information to Yeo.

He was also careful about his communications with the Chinese operatives, and was instructed not to take his phone and notebooks when travelling to the US.

He was also told not to communicate with them when in the US for fear that the US government would intercept their messages.

When outside the US, he communicated with his Chinese handlers through the Chinese messaging application WeChat, and was told to use multiple phones and to change his WeChat account every time he did so.

Yeo faces a maximum penalty of 10 years in jail and will be sentenced on Oct 9.