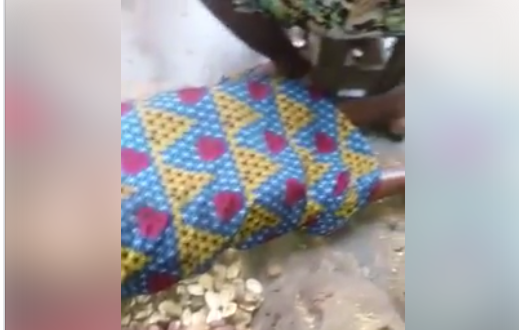 Shocking: Wicked Son Kills Own Mother, Accused Her Of Bewitching Him

There was pandemonium early this morning after a son allegedly killed his mother in Nnewi area of Anambra state.

According to a trending video posted by a Facebook user, the shocking incident happened on Wednesday morning following a disagreement.

The son after killing his own mother while she was cooking, left her laying on the ground in the pool of her blood.

Report has it that the suspect confessed that a prophet told the him that his mother is the cause of his financial difficulties and as a result, decided to kill her.

Police authorities have already been alerted by shocked neighbors as at the time of filing this report.