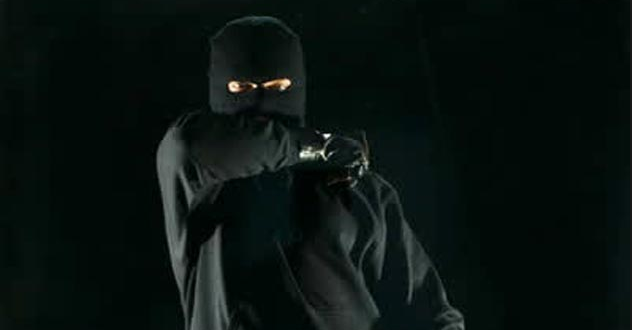 Shocking: Man Poses As Robber To Rape Lady Who Rejected Him In Lagos

A 28-year old man, Mr. Oluwaseyi Omotosho, has been arrested in Lagos after he acted as a robber at night and tried to have sex with a lady who rejected his love advances at Fola Azeez Street in Alakuko area of Lagos where they resided.

The police alleged that Mr. Omotosho broke into the apartment of the lady (name withheld) at about 1am, acted as a robber, threatened the victim, forced her to remove her pant and penetrated her.

However, during the forceful sex romp, the victim was able to recognise that it was the same guy she had rejected his love advances that was on top of her having sex disguised as a robber. After the romp, Omotosho escaped from the apartment. In the morning, the victim went to the police and reported the incident. He was immediately arrested and detained at the police station.

It was gathered that the victim claimed that after the sex romp that Omotosho stole her phone worth about N120,000 on the day the incident happened and that he should return the phone or pay for it but Omotosho denied stealing her phone.

The police charged Omotosho before the Ogba Magistrates court for burglary, stealing and unlawful sexual intercourse with the victim.

The prosecutor, Inspector V. Guada, did not oppose his being granted bail and asked the court to give a short date for the hearing.
Thus, the Presiding Magistrate, Mrs M.I. Dan-Oni, granted him bail in the sum of N200,000 with two sureties in like sum.

He was remanded in prison custody pending when he will perfect his bail condition.
The court also directed the prosecutor to duplicate his file and send to DPP for advice.

It was gathered that if the DPP finds Omotosho culpable, he gets tried in court and is convicted, that he may spend up to 10 years in prison for the alleged offence.