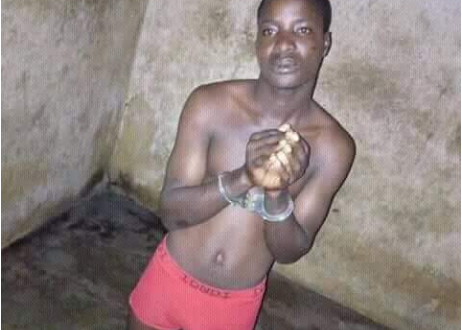 A Nigerian man living in Ivory Coast has allegedly killed his girlfriend over his inability to fulfill his promise, after sleeping with her.

The man whose name is unknown at the time of report allegedly  used a knife to butcher the young lady and tried to escape before he was arrested by the police.

Reports have it that, trouble started when the suspect after satisfying his sexual urge, refused to give the victim the money he had earlier promised her which caused a quarrel between both of them. In the heat of the argument, the suspect angrily took a knife and butchered the victim.

Realizing what he had done, the suspect tried to escape but was eventually apprehended by security operatives.

According to report, he is currently helping the police in investigation.