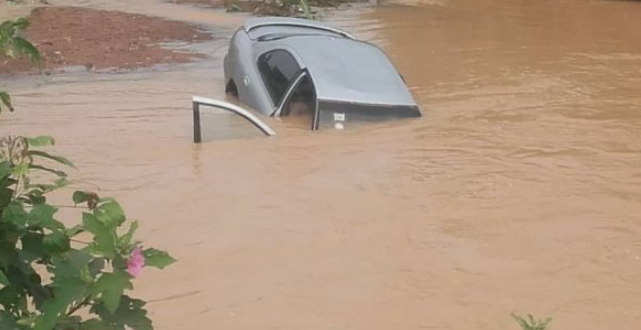 Shock As Jehovah Witness Family Of Six Perish In Flood

Six family members are reported dead after torrential rainfall at Esereso Adagya in the Bosomtwi in the Ashanti region of Ghana on Thursday night.

The deceased were members of the Jehovah’s Witness faith who had closed from construction works on a new Kingdom Hall project in the area and were on their way home in a saloon vehicle when the incidence occurred.

According to reports, their vehicle,  were washed away after the Attafuah bridge caved in as a result of the downpour.

The bridge reportedly became weaker after the Ankonim River overflowed its bank.

Hours after the incidence, rescuers have been able to retrieve the lifeless bodies of five of the victims with but the driver is still missing, according to family members present.