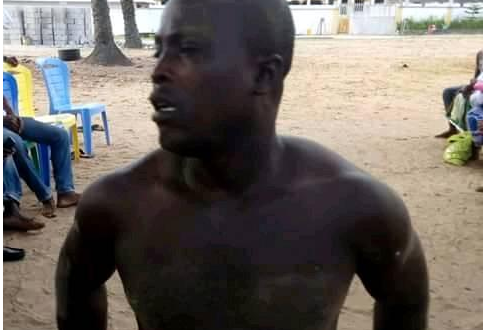 A middle-aged man simply identified as Yerin from Opuedebubor Community in Gbaramatu Kingdom in Warri South West Local Government Area of Delta State – was allegedly caught in the act of rapping his 13-year-old daughter.

It was gathered that the cry of the young girl attracted neighbors who rushed down to the house and surprisingly found Yerin on his daughter, raping her.

The man was forced to kneel before the elders of the community during interrogation before final judgment is passed on him according to their tradition.