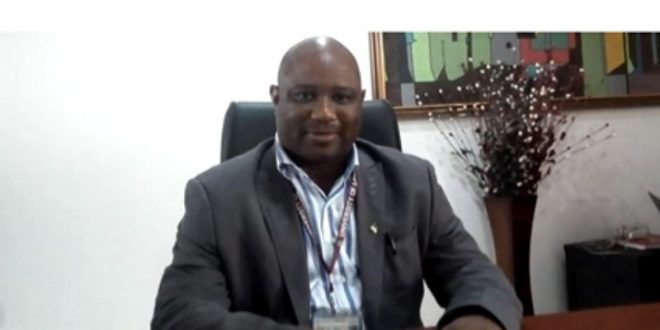 Embattled University of Lagos (UNILAG) sex for grade lecturer, Dr Boniface Igbeneghu, has said that he would speak at the right time, saying he will not be pressured into speaking on the issue.

In case you missed it:

A BBC documentary, BBC Africa Eye has revealed a senior lecturer, Dr Boniface Igbeneghu, and former sub-dean in the Faculty of Art, University of Lagos, Akoka (UNILAG) made sexual advances towards an ‘assumed 17-year-old girl’ seeking admission in the prestigious university.

The lecturer, Dr Boniface Igbeneghu was reported in the video documentary to be the head pastor of a local Foursquare Gospel Church.

The BBC journalist questioned current and past students of UNILAG for a period of nine months on the state of sexual abuse by lecturers in the school.

Boniface was picked as a prime subject following numbers of accusations levied by the students interviewed by the investigative journalists.

17-year-old is below the legal age of consent both in Lagos State and in the country.

This means having a sexual relationship with a person of such age is classified as “child abuse” or better “child sexual abuse”.

Boniface Igbeneghu invited her to his office for a number of tutorials.

As a safety measure, the decoy has a panic button with her that alerts her colleagues in case of any danger.

The lecturer was seen asking when the girl when she visited him in his office.

When she replied 17-years-old, he said; “17? And you look very big like this? Don’t you know you are a beautiful girl? Do you know that? You are not beautiful, you’re very beautiful.

“Do you know I am a Pastor? Do you know, and I’m in my fifties? What will shock you is that, even at my age now, “If I want a girl of your age, a 17-year-old, all I need is to sweet tongue [talk] her and put some money in her hand and I will get her.”

In the second meeting with the student, Dr Boniface assured her he would help concerning the admission.

But towards the end of the meeting, he asked about her sex life.

Spread the loveTwelve new cases of COVID-19 have been reported in Nigeria, says the Nigeria …