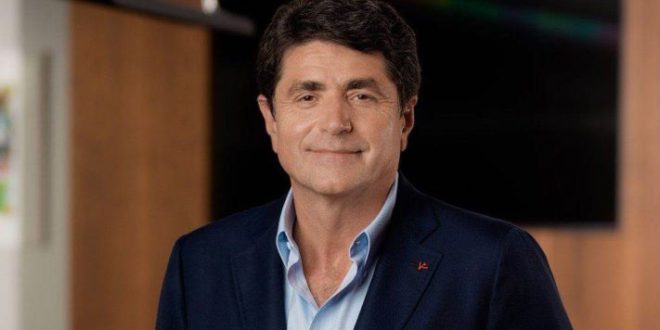 Dragan Solak, founder of United Group, has invested a chunk of his fortune in the club Pic: United Media Team

The Saints look set to be the latest Premier League club to enjoy a new wealthy owner, less than three months after Newcastle United were handed the same fate as both look to rise up the table

Serbian-born cable television tycoon Dragon Solak is reportedly on the cusp of sealing a £100m deal to purchase Southampton, ensuring he becomes the latest addition to the Premier League when it comes to owners.

Solak, founder of United Group, has devoted a hefty portion of his wealth into a majority stake in the south coast club who have enjoyed a fairly uneventful season so far.

Southampton are currently owned by Chinese businessman Gao Jisheng, who enjoys an 80 per-cent stake in the club after he purchased it in 2017 and the the Liebherr family who make up the remaining 20 per cent.

At the beginning last month, manager Ralph Hasenhuttl addressed talk of what was then just a potential takeover with the media after being asked whether he had communication with the board over the deal.

“Yes, I have. As you can imagine, nearly every day I get information from the board, from (CEO) Martin (Semmens),” the Saints boss explained.

“We speak very often also about this topic and the only thing I can say is as soon as there is any news, they will put it out and everybody will know it then.”

Hasenhuttl went on to add how the imminent takeover has been something in the works for a long time, explaining: “We know this is a situation we had for long in this club and there is nothing new coming to it.

“So when there is a final decision taken about our future then it will be announced, not earlier.”

Solak, whose company is thought to be worth £1.67bn, will be joined by Rasmus Ankersen, the former Brentford co-director of football, and Henrik Kraft, a London-based investor.

Pending confirmation, the deal, reported by Sky, marks the first new owner to be approved by those at the top of the Premier League as an organisation since a government-commissioned report by the former sports minister, Tracey Crouch called for more rigorous checks into owners of football clubs.

Semmens has rejected a number of other bids for the club from other potential owners, but Solak’s proposal appears to have won him over.

The Saints CEO has conceded the club is in need of a new investment structure, particularly in the wake of Newcastle United’s injection of newfound wealth after they were bought by the Saudi Public Investment Fund.

While Southampton are 10 points above the relegation zone in 14th, they were right to harbour some concerns over the idea of their Premier League rivals overtaking them with superior resources.

Though Solak’s wealth pales in comparison to those at the top of the St James’ Park hierarchy, Southampton’s fortunes are still looking likely to change for the better.