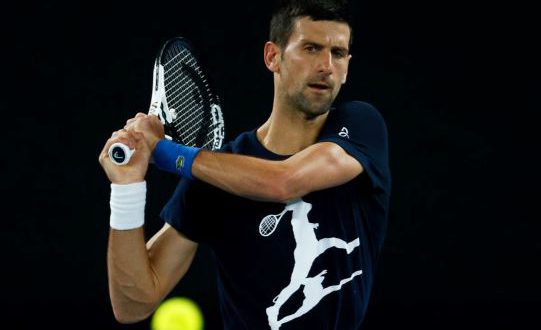 Serbian President Aleksandar Vucic has remained steadfast in his support for Djokovic throughout the drama, calling the earlier detention of the unvaccinated tennis star a “political witch hunt”.

Serbian President Aleksandar Vucic lashed out at Australian authorities Sunday morning, hours after a federal court paved the way for the deportation of Novak Djokovic on the eve of the Australian Open over his vaccine status.

“They think that they have by this, this mistreatment of ten days humiliated Djokovic, but they have humiliated themselves. Djokovic can return to his country with his head held high,” Vucic told a state media outlet.

Vucic has remained steadfast in his support for Djokovic throughout the drama, calling the earlier detention of the unvaccinated tennis star a “political witch hunt”.

“I spoke earlier to Novak Djokovic after the decision and I encouraged him. We look forward to seeing him return to his country, where he is always welcome,” the president added.

Earlier in Australia, Djokovic said he was “extremely disappointed” by the federal court’s ruling that upheld the government’s right to rip up his visa over fears he is stoking anti-vaccine sentiment and dashed his dream of a record 21st Grand Slam

“It’s a farce … All this has nothing to do with the sport,” Nebojsa Viskovic, a journalist covering notably tennis, told AFP.

“All the criticism about whether he was vaccinated or not doesn’t hold water.”

Many other Serbs echoed the view.

“The decision is not a surprise but is still shameful,” said Jadranka Misic, a 29-year-old sociologist from Belgrade.

For tennis fan Milovan Jankovic, Australia and the tournament itself had secured little more than a Pyrrhic victory.

“It’s going to be ridiculous to hold the tournament without the defending champion and nine-time winner.

“If I were Djokovic I would never set foot in Australia again,” the 57-year-old salesman added.

An “extremely disappointed” Djokovic said he would comply with the unanimous ruling.