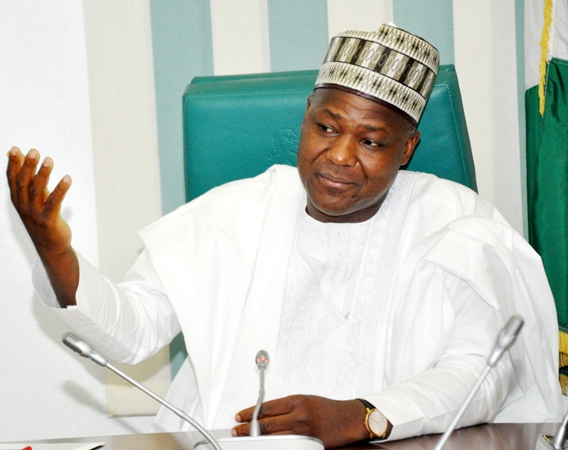 Socio-Economic Rights and Accountability Project (SERAP) has urged the Speaker of the House of Representatives Yakubu Dogara to “urgently refer to the Economic and Financial Crimes Commission (EFCC) and the Independent Corrupt Practices and other Related Offences Commission (ICPC) for an effective and independent investigation the allegations that the leadership of the House attempted to pad this year’s budget to the tune of N40 billion and that the member who blew the whistle was victimized for opposing immunity for principal officers.”

In a statement today by SERAP executive director Adetokunbo Mumuni the organization said that, “Given the seriousness and gravity of the allegations against the leadership of the House, any investigation by the House would not be enough, as this would not meet the threshold of an effective, transparent and independent investigation. Nigerians won’t have confidence in the House investigating itself in this case.”

The statement reads in part: “Referring the allegations to both the EFCC and the ICPC for a joint investigation would show that the House leadership is willing and able to enhance the transparency and accountability of its system and that of the National Assembly as a whole.”

“The Speaker must now move swiftly to refer the allegations to the EFCC and the ICPC to allow for a swift, transparent, effective and independent investigation in order to contain the damage that is already done, but also not to create the impression of a cover up. There must be full accountability for any leader or member of the House found to be responsible corruption and abuse of office.”

“It’s absolutely important that members of the National Assembly–the Senate and House of Representatives–conduct themselves at all times in the knowledge that their role is a public one; appearances of propriety can be as important as actual conflicts of interest in establishing what is acceptable behaviour.”

“SERAP also urges Mr Dogara to use the opportunity of addressing the allegations raised against the leadership of the House to propose a bill on members’ integrity, which we strongly believe would help to restore public confidence in the National Assembly; provide a check against corruption; and protect the leadership of the House and Senate from claims and criticisms of self- interest.”

“Legislators are fiduciaries in terms of acting with honesty, integrity and the utmost good faith in the public interest. The oath of office sworn by members of National Assembly at the beginning of every term also sets a clear evidence of their fiduciary duty that they must be faithful to the constitution and commit themselves to the greatest happiness of the greatest number.”