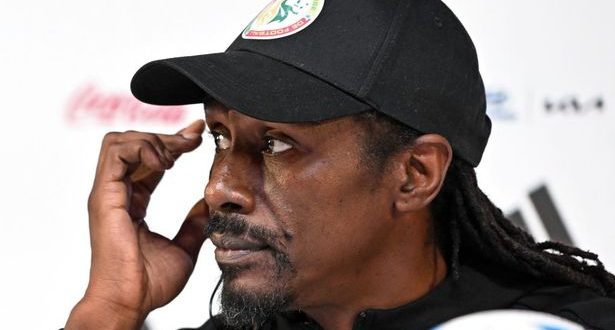 Senegal are set to land themselves in hot water with FIFA ahead of their World Cup last-16 match against England.

The African champions, who suffered the devastating blow of losing talisman Sadio Mane just before the tournament began, beat Ecuador 2-1 on Tuesday to secure runners-up spot in Group A.

Aliou Cisse’s side were up against it in Qatar after losing their opening game 2-0 to the Netherlands, but they bounced back with a 3-1 victory over the hosts to set up the winner-takes-all clash against the South Americans, in a match which would feature three goals all scored by players based in England.

Watford’s Ismaila Sarr coolly rolled his side ahead from the penalty spot having taken over spot-kick duties from Mane, then after Brighton midfielder Moises Caicedo equalised for Ecuador, Chelsea centre-back Kalidou Koulibaly picked an ideal time to score his first goal for his country to put his side back ahead.

Senegal eventually held on, and will now face England at the Al Bayt Stadium in Al Khor on Sunday evening.

However, prior to that game it was confirmed on Wednesday morning that the Senegalese FA face a FIFA probe for not complying with World Cup regulations prior to the Ecuador game.

One day before each of their matches it is mandatory for every team at the tournament to conduct a ‘Matchday -1 Press Conference’ in one of two press conference rooms at the World Cup’s main media centre.

These have to be attended by the team’s coach and a player from the squad, often the captain.

Cisse appeared with Monaco winger Krepin Diatta prior to Senegal’s tournament opener against the Netherlands, and then with captain Koulibaly before the clash with Qatar.

However, he wasn’t joined by a player ahead of the Ecuador game, and instead spoke by himself for roughly 40 minutes.

FIFA have taken a dim view of that, and on Wednesday morning they confirmed that disciplinary proceedings had been opened.

“The FIFA Disciplinary Committee has opened proceedings against the Senegalese Football Federation due to the potential breaches of article 44 of the Regulations for the FIFA World Cup Qatar 2022™, article 2.7.2 of the Media and Marketing Regulations and article 8.5.3 of the Team Handbook,” they said in a statement.

“The potential breaches relate to the mandatory press conference that took place on 28 November ahead of the Ecuador v. Senegal FIFA World Cup™ match.”

Senegal are now highly likely to be fined by football’s world governing body, especially as a precedent was set on Tuesday when FIFA fined Germany 10,000 Swiss Francs (around £8,800) for committing the same offence before their match with Spain.

Germany boss Hansi Flick had said that wanted all of his players to rest and didn’t want to subject one of them to the three-hour round trip to the Qatar National Convention Centre, with Germany based in the north of the country unlike almost every other team in the tournament, who are based centrally.